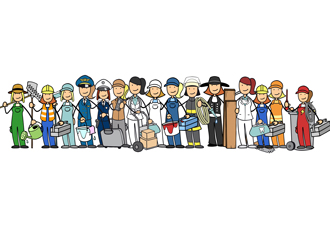 In celebration of International Women in Engineering Day 2019, the Women’s Engineering Society (WES) has announced the winners of the Top 50 Women in Engineering: Current and Former Apprentices (WE50). Now in its fourth year, the WE50 continues to showcase the extensive female talent across the sector, this year focusing on women currently serving as apprentices or those who have previously undertaken an apprenticeship.

The 2019 awards attracted a large number of high-quality nominations from a broad range of industries. The 50 winners and ‘highly commended’ nominees came from many different sectors including professional services, pharmaceutical, aerospace, facilities management and automotive.

Dawn Childs, WES President said of the awards: “Since the inception of the Top 50 Women in Engineering list in 2016, WES has been privileged to be able to identify, and thus help showcase, some amazing women in engineering. Every year a different focus is chosen to ensure that we can shine a light on female engineers at different stages of their career and who have come to engineering through many different paths. Apprenticeships remain one of the key routes for technical education and subsequently, to qualifying as an engineer. Consequently, we have looked at current and former apprentices in the WE50 list this year. The breadth and depth of roles and industries covered by the entries was simply breathtaking and the achievements of the individual entrants were stunning – we have definitely found another truly inspirational list of female engineers!”

The WE50 were judged by a panel of industry experts and head judge, Dawn Fitt, commented: “As a former Engineering Technician Apprentice it has been a pleasure to see first-hand the fantastic achievements of both current and former apprentices. This is particularly heartening given the push to increase the number of apprenticeships within the UK. I believe that this year’s list showcases the career opportunities for any woman wanting to pursue an engineering apprenticeship.”

The WE50 awards take place each year to coincide with International Women in Engineering Day (INWED) on 23rd June, a day endorsed by UNESCO patronage since 2016. INWED celebrates the achievements of women in engineering and related roles and highlights the opportunities available to engineers of the future. This year INWED takes place on WES’ centenary, 100 years on from the day the society was founded.

The 2019 WE50 winners were published in a Guardian newspaper supplement today, (Monday 24th June 2019). The awards will be presented at the WES Afternoon Tea event at the Royal Academy of Engineering on 24th June.

The Top 50 Women in Engineering for 2019 are (in alphabetical order):