STEM careers beyond the lab 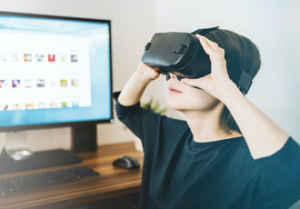 There are a host of STEM careers outside the traditional academic pathway, giving young scientists more options than they might have initially thought of. Here, experts from the Graphene Flagship European project explore some of the alternatives available.

In 2019 survey by Nature of more than 6,000 PhD students, 56% of respondents said that academia is their first choice for a career. For most young scientists, then, academia is seen as the gold standard in STEM careers, from a PhD all the way to professorship. This path will not suit every science graduate though, and there are many alternatives.

With its status as one of Europe’s largest research projects, the Graphene Flagship has a unique insight into alternative STEM careers. The core consortium consists of over 150 academic and industrial research groups, and together we aim to bring graphene out of laboratories and into European society.

Four women working with us to achieve that goal are Ana Helman, Patricia Huijbers, Sinead Savage and Cinzia Spinato.

Helman is a science officer at the European Science Foundation, working for the Graphene Flagship. She manages several programmes for large scale collaborative research, working to align all the projects and partners that make up the flagship.

Huijbers is based at Graphene Flagship partner Chalmers University of Technology in Sweden, but works as a project manager for the Graphene Flagship. She focuses on technical reporting and covers all the work packages that form the flagship.

Savage is a project manager too, but she works solely within the Graphene Flagship Work Package on Biomedical Technologies. She also manages the nanomedicine lab at Graphene Flagship partner the University of Manchester, UK.

Finally, Spinato works within the business and innovation team at Graphene Flagship partner ICN2, Spain. Negotiation of contracts and industrial collaboration, and spin-off creation is also part of her work as Knowledge and Technology Transfer (KTT) specialist and business developer.

For both Savage and Huijbers, there was a time when they couldn’t have imagined leaving academia. “While studying, I felt academia was the only route. I come from a family of academic scientists, and knew I wanted work in science too,” commented Savage.

Huijbers had a similar experience but credits a lack of role models for feeling like academia was her only choice. “Many young scientists, including me at one time, feel like academia is the only path available to them,” she suggested. “The examples they have are people already on that track - their supervisors and professors. It can be difficult to imagine what else is out there.”

It was Huijbers skills-oriented approach to her career that led to her leaving academia. “After my post-doc, I realised I needed a change. I wanted to work within the realm of science but felt my skillset would better suit something other than research,” Huijbers commented.

Savage, on the other hand, experienced a more gradual transition. She hadn’t enjoyed her PhD, but “PhD’s are renowned for being stressful, so I wasn’t sure whether my problems were with the PhD or research itself. I decided to do a post-doc and worked in the lab I’m in today.”

“After a few years I concluded that research wasn’t the career for me,” Savage continued. “I started to split my time between my post-doc and managing the lab, then moved away from research altogether.”

None of the four women left academia because they loved science any less. In fact, they felt that something else was missing, whether they were looking for a new challenge or a chance to use skills unnecessary for a career in research.

Embarking on a career outside of academia can still be daunting. Having spent years researching, it can be difficult to adjust your sense of self, as Savage found.“My identity was built on being a scientist; I had to learn how to define myself without a research project. As time has passed, I’ve realised I’m still a scientist, even if what I’m working on has changed,” she commented.

But there are many benefits to this switch in career trajectories, including new challenges and experiences. Helman, Savage, and Spinato all commented that their positions outside of academia gave them a different perspective on scientific research.

“While I’m not directly involved in the research being produced in the laboratories, my role gives me a much broader view; I get to see graphene’s impact in all areas of science,” Helman explained. “Rather than just seeing one piece of the puzzle, I work across all the different work packages that form the Graphene Flagship.”

While project managers, science officers, and business development managers may not be the first STEM careers that come to mind, it does not make their contribution to science any less valid. There are countless fulfilling STEM career options outside of academia if you look for them.

For young scientists thinking about leaving the traditional academic track, Spinato has some final advice to offer, “Don’t be afraid to leave academia. There is a world of opportunities out there, beyond the lab.”