Speaking to a younger generation of women in tech 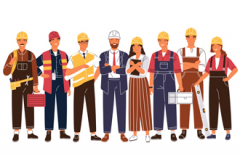 I’m sure by now you know I am passionate about encouraging more females into the tech sector, and we have discussed in previous columns the approaches that help the issue. One of which is encouraging more young females in and nurturing them to grow and hopefully retain them. I got the chance to speak to not one, but two young females in the technology industry and it was so refreshing to hear some positive aspects and stories of young girls not only working in tech but genuinely enjoying it.

CampaignHero is an app established by the Digital Marketing agency Broadplace after identifying a niche space in the market – digital marketing and managing advertising for SMEs who were unable to afford the expensive services. CampaignHero was then born, as Daniel Pillay, Head of Operations/Leader of CampaignHero wanted to help and enable these SMEs to gain access to digital marketing consultancies and support all through the app.

The main mission at CampaignHero is to help these startups and small businesses with digital marketing, as the industry is constantly evolving and developing with new technologies – businesses need to keep up to remain competitive in the market. The app was designed to make things easy and all in one place, so allows you to manage advertising accounts such as Google, Facebook, Microsoft and more all in one place easily and effectively.

Jazzmin Berry, Digital Marketing Executive and Eve Young, User Success Executive both at CampaignHero chatted to me about what their job roles include, how they got to where they are, what their opinions on the number of females in tech are and what more they think could done to encourage others.

“No day is the same in my job role, as I am the only one on this certain team, so there is always a lot going on. My day-to-day work could be anything from performance marketing, to creating content or even organic marketing. One day I could be writing award submissions, and then the next I am setting up a million campaigns for different ad platforms,” explained Berry. Also Working in digital marketing, the most important things Berry does is just taking charge in the attribution, the analytics and reporting to see not only where they can help other businesses to grow, but also grown CampaignHero in itself and get that acquisition flowing within small businesses.

The environment both of the girls work in is fast paced, and they both agreed working in this small tech company they have learnt a lot already. Berry commented: “You feel like you learn something new every day, which is really fun, especially across team collaboration, as it is obviously quite a small niche team. It's good to see where everybody else gets up to participate.”

Young is an apprentice in the company, and thinks starting the apprenticeship was one of the best things for her future, she explained: “I don’t really see any negatives in being an apprentice or doing an apprenticeship, it is basically like being at school, but instead you are in a full time role and you’re closer to the people around you who can help, instead of just having one teacher.”

Having six teachers is always going to be better than having one, and that is how Young feels being in apprentice position with six colleagues around her. “You learn so much quicker, you also get so much more information with different experts that are in different roles. It’s not just one person who tries to know everything.”

Another benefit Young rightly pointed out to apprenticeships was that being in a full time role, outs you straight into the work mentality, but allows you to still keep learning. Young added: “It’s a great hands on approach, and I personally think it’s much better than sitting in a lecture theatre, I would really encourage young people to look at apprenticeships, as you gain experience immediately. I have never been a sit down at a desk and take an exam person.”

Berry agreed, as she had gone to University to study psychology but decided to leave after her first year, as it was not for her. “As a child I had always been techie, I was always playing with computers and gadgets and I loved it. So I decided that university wasn’t for me and I had more of a creative side so found an internship within marketing – I was quite persistent though on waiting until I did get an opportunity like that rather than just leave and fall back on something safe.

“My grandad always taught me bits when I was younger, and has always said I have been techie. I also did my ICT GCSE early as I just loved it, so knew I wanted a career in tech. After my intern which I did for about four months I branched out into a digital analyst role within a construction marketing agency, and now I am at CampaignHero.”

Working in this role Berry explained is a very hands on experience, which she has taken on at such a young age, which she thinks would be very different in another industry. “I don’t think I would have progressed as much if I wasn’t in the tech industry. This role has really given me a sense of leadership, and with the rest of the team working with me I have been able to develop all these tools that I need to build my career, and it seems to have been really fast progress.”

Both the girls agreed, they both really enjoyed both the job and the industry they are working in. Berry said: “I enjoy using the technologies. I like seeing good performance and working with clients – jus all of it really.”

Young agreed: “Everything, and every day is so different, like Jazz previously said, because the amount of different people that we speak to, and different types of businesses, different people's personalities makes it different each day, and makes it far more interesting.

“I think because tech is constantly developing and the digital world is constantly changing, it’s really nice to be able to go through the motions with it and always have to learn new updates every day. It makes us knuckle down and keep up, with the climate changing and industry, you're always learning something new, whether that is something small or a massive new skill, it's always changing.”

When it comes down to what changes both Berry and Young wanted to see in the industry, to encourage more females like themselves in, Berry explained there needs to be more opportunities for younger females.

Both girls explained in their classes at school in ICT, they were massively in the minority, and then moving up into college there were even fewer females with them. Berry commented: “Even earlier so, but there definitely needs to be more encouragement in secondary school and college courses for different subjects, for more software related topics, and a wider variety that relate to tech, and try and be appealing to both boys and girls.”

The girls both agreed that there could be better learning materials online for people too. Berry continued: “I didn’t come into the tech industry a bit later, so I’m not if it is better now and there are more girls going into tech, but I definitely think there needs to be more of a platform for people to use at an earlier age. If there had been something, I may have gone straight into tech, even if it is just like a week’s course online, to help you understand what a career in tech entails.”

Young added to this: “I think they should start it earlier, at primary school and high school. When I was at school they didn’t explain the different paths we could go down if we wanted to go into tech. The only thing I was really told, is that you can work in an office with computers – and that really isn’t working in the tech industry at all.”

They should show young people what directions they can take, and what that leads to. There is so many different avenues with technology, even with ICT in schools, but no one seems to be pushed an encouraged enough. Young added: “Tech is so much more, than what we are shown, and just think of how much it is still developing with AI and new technologies.”

Berry continued: “I think we forget that AI and other technologies are one day are eventually going to take over the world. There are so many robots working in factories now, and everyone is using so much tech and AI within their phones, and this creates so many job opportunities for people, but people don’t understand and are not educated properly about it.”

As refreshing at is to see two young girls, thriving and enjoying just the beginning of their careers in the technology industry, it was also amazing to hear that Jazzmin has been shortlisted for not one but two awards, first the Biddable Rising Star award, and the ‘Future Star of Tech’ award. She commented: “When I told my grandad about this award shortlist he said ‘oh that is all thanks to me!’”

On been shortlisted and how it felt she concluded: “It is really such an exciting feeling, getting this kind of recognition, and being given this opportunity. Especially the ‘Future Star of Tech’ as it is all females, they are really keen to highlight the importance of females in the industry which is great.”