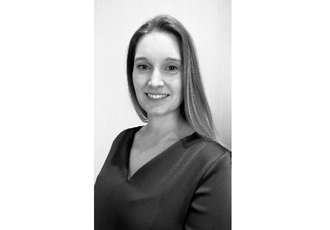 Mandy Lester of Atkins has been selected as the winner of the Karen Burt Memorial Award during the centenary year of the Women's Engineering Society (WES). Mandy was nominated by the Institution of Chemical Engineers (IChemE) for the Award which is presented in recognition of the best newly chartered woman engineer. Now in its 21st year, this prestigious title recognises the candidate's excellence and potential in the practice of engineering. It highlights the importance of having Chartered status; as well as offering recognition to contributions made by the candidate to the promotion of the engineering profession.

Sally Sudworth, Chair of the Judges for the Karen Burt Award 2019said: “The judges were impressed with Mandy’s commitment to engineering, addressing sustainability in the key area of water supply and the valuable support and mentoring in the development of others.”

Lester’sresponse to winning the award was: “I am beyond thrilled to receive the Karen Burt award, which is an unexpected but deeply gratifying endorsement, having transitioned into engineering with a scientific degree. I’m proud to be part of a profession that has the power to effect real, positive solutions to the dual challenges of climate change and growing populations.

Engineers aren’t born, they’re made – in my case with the support of the IChemE along with the many individuals who’ve inspired me to pursue this hugely enriching career and achieve the gold standard of competence; Chartered Chemical Engineer status.

We need engineers, and those engineers to be from diverse walks of life, now more than ever so I look forward to working more with IChemE and WES to encourage more women to choose a career in engineering.”

Dawn Childs, President of the Women’s Engineering Society commented on the awards: “It is so important to acknowledge and recognise success or endeavour, especially when it is for services to engineering or furthering diversity in engineering. Dr Karen Burt was a tireless campaigner for increasing the number of women in engineering and it is so fitting that the award that was set up in her memory recognises a woman engineer who is newly chartered through one of the Professional Engineering Institutions. These young engineers who have already achieved a significant professional milestone truly are the role models that will inspire the next generation of engineers!”

IChemE Fellow Helen Fennell, part of the nomination selection committee at IChemE and former recipient of the Award, said: “Mandy studied Physics prior to her career in engineering and is an excellent example of how STEM skills are transferable. Her dedication and passion makes her a fantastic engineer and a worthy recipient of the Karen Burt Award. I hope this inspires anyone considering the career to take a closer look at what you can achieve.”

Two other prizes were also presented at the awards ceremony: the WES ‘Men as Allies Award’ and WES ‘Amy Johnson Inspiration Award’.

Chair of the WES Award Judges, Betty Bonnardel-Azzarelli said: “On behalf of the WES Award judges, I would like to let all the nominees and their supporters know how hard it was to make a final decision. It was a privilege to read about the many men and women who in their own way are doing their best to ensure inclusion in engineering and technology. Nominees: you have wonderful supporters! Your efforts are being noted and recognised. On behalf of us all at the Women’s Engineering Society: thank you.”

Rob Sims, H&S and Signatory Management, Airbus was selected as the Men As Allies Award winner. Rob volunteers his time at Airbus to help develop policy and work on activities that support and promote women in the workplace.  Rob’s colleague at Airbus who submitted his nomination added, “Rob has made a true difference in championing women within Airbus and is a true ally.”

AMY JOHNSON INSPIRATION AWARD
This award honours a non-engineer who has made a truly remarkable achievement in furthering the diversity agenda within engineering and applied sciences. This award serves to recognise the efforts of an individual in inspiring more women to enter and/or remain in the engineering and technical professions.

Natalie Cheung, STEM Ambassador Coordinator, STEM Learning was chosen as the winner of the Amy Johnson Inspiration Award. Natalie is a member of multiple engineering committees and panels, as well as youth charity groups. She drives change and programmes to highlight diverse engineering role models and connects to community groups where the role of engineers is not well known.