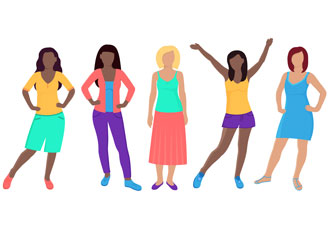 Without sounding like a stuck record, if 2018 proved anything to us, it showed that women have definitely come a long way within the tech industry, and as a glass half full type of person, this year looks promising in terms of continuing to encourage females. However, the fact that I am writing this article means that although a battle may have been won, there’s still some way to go to win the war, and so I want to pose the question - is technology inherently sexist?

First of all, have you ever come across sexist algorithms, and if so how do we put these right? With the major advancements in technology a lot of everyday life now involves Artificial Intelligence (AI) and algorithms, which can be very difficult to change once it has picked up on a certain pattern.

A recent study has in fact found that some AI algorithms have learnt to associate women with the kitchen - a set of images showed women were more likely to be in that room of the house than men. The study looked at more than 100,000 labelled pictures from all over the internet and showed the bias association grew stronger from this data set.

Other algorithms have been found to associate women more as homemakers and men as software developers, which on the surface seems quite comical. However, when you think about the amount of impact algorithms have in today’s society – playing a role in decisions made by banks, doctors and governments, this could lead to problems for women.

We fight for diversity in tech employees, but we also need to be fighting for diversity in tech itself too. Just last year Amazon had to scrap a sexist AI recruiting tool that was used internally to sort through job applications. It was originally created at the Amazon office in Edinburgh to sort through and pick the most promising CVs. However, it quickly taught itself to prefer male candidates over female ones.

Remember the age old saying ‘do as I say, not as I do’? Well it seems AI algorithms are acting like a naughty child. It is not just on the internet, it’s also occurring in apps and software that uses AI to automate tasks. An example of this was shown back in 2016 when instances of gender bias terms kept cropping up on social media with Google Translate – automatically translating certain jobs to be masculine and others to be feminine.

And as social media takes over an even greater chunk of our lives, we have started to learn that social platforms might not have our best interests at heart - taking our information, feeding us ‘fake news’ etc, but I am not here to discuss that one today. What has been proven recently is that Facebook targets certain job ads by gender, which essentially is discriminating certain genders by definition.

This activity which is actually illegal in print media, somehow seems to be encouraged on Facebook, and can affect whether women and non-binary people can see ads; this can also impact job-seekers who are older, and seen as less desirable. It is quite a worrying issue when so much gender harassment and discrimination online is allowed to go unchecked and is not properly policed. Google has also faced questioning on certain image searches relying on sexist stereotypes.

So what is the solution? With all this research we are able to highlight and acknowledge that we have a problem with certain sexist algorithms and by introducing more females into the industry there will be soon new algorithms for technology to pick up on.

It is encouraging to see more girls being attracted to the industry, and one method that seems to engage them is showing them how technology is going to solve problems in society, through AI especially. Examples include self-driving cars to assist the elderly, making hospitals a safer place through computer vision and using AI to identify where to send aid in the occurrence of natural disasters.

However, it is not just technology, algorithms and AI that has been found to have sexist tendencies. Research has found that some technology is actually designed more for men than women. Take for example medical technology, the future for men looks quite bright. A few years ago a big breakthrough was made in the research towards artificial heart implants. However, these implants aren’t suitable for everyone. The artificial heart made by French company Carmat showed figures that it fitted 86% of men, but is only suitable for around 20% of women.

One positive to come out of all these problems is the fact that they have now been recognised and we as a society are starting to challenge them. More women are finding their voices and speaking out, to tell the world about their experiences (good and bad) to ensure that changes are made. Technology is such a large part of our everyday lives, so we have to be careful that its make-up does not send us backwards in terms of equality and diversity.

Technology is a powerful tool, and it is our job to ensure it is used in the right way. To do this we need more regulation within technology, and social media especially, as the age of people that now have access to social media and a range of tech is decreasing all the time. Young minds are more impressionable so it’s crucial they are not exposed to sexist and discriminative technology.

Did you like this article? Why not try this one.

Want to read more on Women in Engineering, click here.