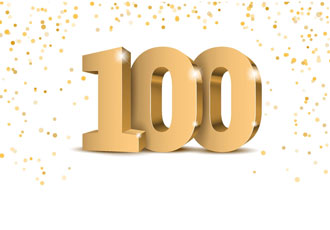 This year saw WES (The Women’s Engineering Society) celebrate its 100 year anniversary. A lot has changed for women over the last century, as Electronic Specifier’s Anna Flockett found out at the organisation’s centennial conference. WES’s centennial conference which was held last month, titled: ‘Celebrating the Past, Transforming the Future’, set out to discuss the past, how far women have come, some of our amazing achievements, and crucially what still needs to be done in the future.

The society was formed in 1919 and aimed to engage women who were interested in engineering and allied trades. Back then there were signs that prejudices were being overcome, but women knew they had a long way to go to ensure future generations had the opportunities they needed and to be trained equally to men.

WES was formed to be pioneering, and the social change that women once pushed for has been achieved to a certain extent, and the things that they were once protesting have since been confined to history. It is no longer a case of women can be engineers, they should be engineers.

Not to be underestimated is the role men play in this. The misconception has historically been that men are standing in the way. This is no longer the case in most situations. Women have always needed the support from men, and could not be where they are today without their help and support.

Being the largest network of women in the UK, it was refreshing and inspiring to see so many women coming together, to praise, support and highlight each other at WES. But as Dawn Childs, the current WES President said, over the past few years progress has been slow. “As much as this is an amazing organisation, it would be even better if one day we didn’t need it.”

The important thing is to not lose sight of history and to always remember what women have been through. Childs added: “There are so many people out there that feel passionately about women and equality in engineering, so we need to learn together – working as a team is always going to have more positive results.”

Now the society is doing everything it can to still help women in the industry. MentorSET, set up in 2002 is a platform to help and give women support at the end of their studies, and beginning of their careers. STEM return is a platform to allow people to return to STEM subjects or transfer over from another industry, and these are just a few of the ways that WES is offering their support to women.

Throughout the day of course we celebrated the success of all that’s been achieved over the past 100 years, but it was also important that we highlighted the challenges and barriers that women are still facing. A panel titled; ‘Transforming the Future’ discussed how there still isn’t enough change taking place. Air vice Marshall Sue Gray said: “The changing face of engineering? I don’t think there has been enough change. I have been to dinners full of old boys, and the forces is an industry that claims to be more equal, with equal opportunities and pay but we still need to break this mould of It being an ‘old club’.”

Gray added we are getting there, but just need to keep going: “To help breakthrough you need to find a mentor, someone who will support you and they can be male or female it doesn’t matter as long as they believe in you.”

The day spoke a lot about mentors and the importance of having that guidance, as this is what helps you develop in yourself, but especially in the industry. It is also a good idea to have a sponsor if you can to help you get where you want to be. There is no harm in having both.

Rachel Higham, Managing Director (MD) of BT explained: “You need to find someone who is right for you and your exact situation, there is no point is getting a mentor just for the sake of it. You can only copy someone so much, as you need to be able to develop as your own person.”

As well as having a mentor, another quality that will help you to grow is building a network around you. Petra Gratton, a former President of WES and current trustee member elaborated on this point: “A network is so important to have throughout your career, and it doesn’t always have to be industry based. Break out and build this network with people you can trust, it’s good to have an outside point of voice as it is impartial but they may have been through a similar experience.”

A key theme that ran throughout the celebratory conference was that women need to ensure they define their own success. Childs quoted: “80% of powerful jobs are filled by men, we need to change this stat and make it more equal. Men are our allies, let’s use them to help us get there.”

Mandy Hickson, ex-fighter pilot in the RAF and motivational speaker gave a keynote ‘Leading from the front through changing times’ and spoke about her experiences of being a woman in a traditionally male dominated sector.

She commented on the numerous challenges she faced. She explained: “When I set my sights on this career, I had many obstacles in my way. To start with, women were not allowed to fly fast jets, and even then only one person was chosen from 3,000 applicants.”

Luckily for Hickson, whilst studying at university they changed the law in regards to women flying jets – so the timing worked out perfectly. “But I then failed my pilot test several times, and just as I was about to give up one of my co-pilots that had flown with me several times and knew what I was capable of, asked two independent examiners to come in and test me.”

She then passed the test and joined the RAF. Interestingly the key reason why Hickson had failed the pilot test was due to it being outdated and unsuitable for the planes the RAF were using. It was based completely on hand and eye coordination, and had been used before the war and as such, was solely tailored to men. Male and female brains work differently when it comes to hand and eye coordination and they process information differently as a result.

Therefore, even though the RAF had started accepting women it had not updated the entry exam and no women were making it through. Hickson passing her test led to the air force examination being updated.

Hickson highlighted other factors that women need to address and that they need keep fighting. She couldn’t underestimate the importance of role models. The more women we have out there to encourage one another and act as guidance, the better. And it is also important to have a goal that you work towards and can focus on, no matter what the goal is.

The other really important lesson from Hickson’s story was that you should never give up, even when the odds are against you. Hickson said: “After even more challenges and tests, with the help of my squad (mainly male) I fought on the front line in the Tornado (Mighty Finn) aircraft. At the end of the day every single cog in a machine makes a difference, and needs one another to work. Every single member in a team needs the recognition they deserve, as no matter how small their job, it counts towards the end product.”

It was also refreshing to have a male speaker at the WES centennial conference - Jon Edmonds who wrote the book ‘The Stalled Revolution – Is Equality for Women an Impossible Dream?’, and spoke about the factors still stalling women’s progress.

Edmonds asked: “It was just over 100 years ago since women in the UK fought and died to give other women the right to vote, then 50 years later the women’s liberation movement was born. So are women of today ready to make that third leap towards equality?”

He continued to explain that the constant drip of sexism that acts like water torture is still stalling females today. “All the tiny mishaps that aren’t really big enough to complain about or kick up a fuss are happening so often that it is having a damaging effect.”

A lot of women today also don’t refer to themselves as a feminist, why? The word has become tainted. Edmonds said: “I don’t understand why you wouldn’t call yourself a feminist, all it means is you want women to be treated equally.”

So what can we do to help? The WES conference had some solutions including the enforcement of the laws we already have. Make sure we question equal pay, and yes even though it can be a long process. Women deserve this equality so we need to pursue the fight.

We need to make sure that, when it comes to high powered jobs, we balance out gender. For example, 80% of conservative MPs are male? Women are still ridiculously outnumbered and we need to change this.

Finally we need to disrupt the idea of a ‘normal career path’ which usually consists of going to school, then university, then getting a good job that you just continue to progress in. This is very much a male pattern, and it does nothing for the interests of women who will usually take a break in their careers to have children.

Why can’t we encourage and normalise career breaks – not just for women, for everyone. Edmonds explained: “Statistically everyone living now will live a much longer life, and therefore be working for a longer. We will need to have career breaks, not just for maternity or paternity, but for retraining or restarting in a different career. The chances are not everyone is going to choose the job that is right for them first time.”

One other thing that I was able to take away from the day was that in life a lot of people are scared to fail, and this arguably applies more to women. Females have this perception that everything needs to be perfect so if they are unsure of the outcome sometimes they will be hesitant, but often if you do this you miss out on so much. If you can dream it, you can believe it and you can achieve it.

Want to read more on Women in Engineering? Try this article.

If you enjoyed this story, you may also like this one.