Time to raise a glass as WES reaches three figures 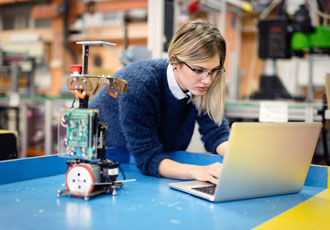 In 2019 the Women’s Engineering Society (WES) turned 100 years old and celebrated the present, remembering the past and continuing to change the future. 2018 marked the centenary of British women gaining the right to vote, marking the Representation of the People Act 1918. It gave suffrage for most men, and enfranchised women over 30 who met minimum property qualifications.

This was considered to be recognition of women’s contributions to the war effort during World War I. Women were still not politically equal to men (who could vote from the age of 21). However, the act gave 8.4 million women the vote, making them around 43% of the electorate. It took a further ten years until women achieved universal suffrage in 1928, when all women over 21 were able to vote.

WES was formed in 1919 by Rachel Parsons against this backdrop of political and social change, with several of its founders being at the forefront of campaigns for women’s rights. WES is a charity and a professional network of women engineers, scientists and technologists offering inspiration, support and professional development. It supports and inspires women to achieve as engineers, scientists and as leaders, and it encourages the education of engineering.

Many of the society’s activities in its early years – the lists of training facilities willing to take women, the WES technical library and journal, the assistance in finding work – are fortunately no longer needed. WES has been instrumental in the many stages of progress towards the situation today where women can attend any college or university and can get good engineering jobs in any field.

However, there remains much to do. The number of women professional engineers in the UK is around 11% (around the lowest rate in Europe) and many women still feel isolated at college or in their workplaces. It is still the case that girls are not taking up the fantastic opportunities that an engineering career offers in the numbers that we know they are intellectually capable of. So WES continues to be an essential resource to promote engineering to girls and women and to support and encourage women in their careers at all stages.

Themes
The work WES undertakes focusses on three strategic themes based upon its role as a supporter, collaborator and challenger:

Collaborator: Strengthening engineering, working with partners to plug the leaks along the pipeline from education to leadership, consulting with industry and companies and cooperating with government and policy makers.

Challenger: Changing cultures, challenging partners to continue to further the diversity and inclusion agenda within their organisations and more widely across the sector.

A time for celebration
A number of events will be taking place throughout 2019 to mark WES’ centenary as the society continues to campaign to influence and challenge current practice, supporting women as technical leaders, and encouraging men to be active in inclusion and gender diversity. 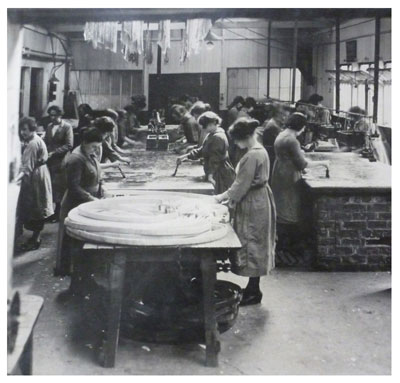 Through the support of National Lottery players WES will also be developing the stories of the technology and lives of early women engineers who have been involved with WES over the past century. This is via a £66,800 grant from the Heritage Lottery Fund.

WES’ most famous member was pilot Amy Johnson, however hers is just one of hundreds of stories waiting to be told about ground-breaking women working in the varied fields of engineering. The names of these incredible women rarely feature in the history books or on the internet, but they should be included to give a more complete history of the world.

The WES Centenary Trail aims to change this by creating an interactive online map recording and sharing the history of WES and its members with a wider public. The trail seeks to build an audience for local and women’s history connected with new and improved Wikipedia entries, based on research into WES and other archives. Currently, only 17.7% of biographies written in English are about women, and a very small number of those entries are about women engineers.

Elizabeth Donnelly, CEO of the Women’s Engineering Society said: “We are delighted that the Heritage Lottery Fund has supported the WES Centenary Trail project thanks to National Lottery players. WES has a fascinating history and the achievement of the women engineers, past and present, needs to be shared and celebrated. WES has helped and supported women to become and remain engineers for 100 years. Recent research indicates that even today only a quarter of 16-19 year old girls say they would ever consider a career in engineering. We hope that by showing some of the fascinating lives and careers led by WES members over the past century that we can encourage more families to think of engineering as a suitable career for their daughters.”

Robyn Llewellyn, Head of Heritage Lottery Fund said: “Thanks to National Lottery players we are thrilled to support this exciting project which will raise awareness and celebrate the significant contribution that women have made to the development of engineering. The project has the potential to inspire the future generation.”

To read more on this topic try this article.

For further Women in Engineering reading click on this article.