Women in technology – the importance of influencing parents 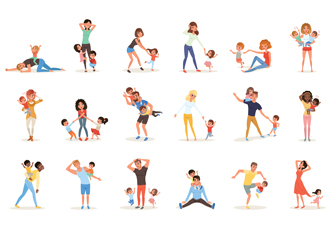 "I am a software engineer by profession, having studied the subject at university and then going on to carve out a fascinating career. I’m also a woman, and I’m also a mother. There’s not many of us who tick all three of those boxes here in the UK, which is a great shame, because frankly there should be a lot more of us. This piece is not about why diversity (all diversity) is a huge asset to a tech company, there’s plenty of research to back that one up. Instead, it is about an often-overlooked angle where some of us might be in a position to make a difference.

The great women-in-tech debate has always flagged up that one of the best ways to get more girls interested in tech is to show them that female engineer role models do exist. But I think this needs to go further. I think we need to target the parents too.

The subject occasionally comes up at school pick-up time when I chat to other mothers - “Where do you work?” So, I tell them I work in Kings Langley for a technology company called Imagination. “Oh wow, a tech company! What do you do there?” So, I tell them the company designs graphics chips, and they probably own something with our technology in. Eyes widen, this sounds exciting. Then I tell them I’m a software engineer.

Sometimes it feels like I may as well have told them I’m an astronaut. “Oh my gosh, that’s amazing, I could never do that!”

But perhaps she could have. She’s a smart woman, perhaps even educated and/or experienced to a very high level in another area. Yet when she was my age, computers were something boys did, and that was the message she received from all around her. I did too, but I had a mum who got very into typing in code for games on our Oric-1 so I filtered it out. And probably that’s the message this mother still believes today even if she’s not aware of it. Most likely her partner believes it too. If he’s a man who works in tech himself, it’s doubtful he will have seen that many mothers working as engineers, particularly here in the UK. So, it will be the same message that computers are for boys which they are passing on to their daughter/s. Worst of all, it’s probably a message they’re not even aware they’re passing on, thanks to the unconscious bias we all struggle with.

It’s completely self-fulfilling, and something must break the cycle. Forward-thinking companies and engineers are doing what they can, but there’s only so much anyone can do when usually the biggest influences in a young person’s life are their parents. And they’re not exactly going to show up to a women in engineering presentation, particularly if they don’t even work in tech!

So, how do you reach the parents? You’ve probably already guessed the answer. If you’re a parent yourself, you no doubt regularly talk to other parents. And you are people they can relate to, people like them. If mothers like them can be engineers, maybe their own daughters can be too. And if you’re a father who works in tech, why not just drop into the conversation some anecdotes about some of the female engineers you work with? Doesn’t have to be heavy-handed, in fact it’s the opposite - just normalise it.

The other nice thing is that when I talk to fathers about what I do, I get a definite sense that I have challenged a preconception. Maybe, just maybe, they might be more encouraging to their daughters now they know not all engineers are men; they are also women from families not a million miles different to theirs. And it’s quite possible, given children often follow their parents, at least one of my daughters may want to become an engineer - so maybe their daughter in the same class could be one too.

Since I realised this, I’ve done what I can to bust some myths. I talk about how much I enjoy my job, and how it’s not as hard or scary as people think it is. How it is really creative, the teamwork involved, and how exciting it can be - these are all things that attract both girls and boys. I might talk also about how it pays very well compared to many roles, and how you don’t have to be at rocket scientist level to get a decent and fulfilling career out of it. Best of all, I talk about how lucky I am to have (and be able to return to, post children) a career where I feel I can make a difference. Who would not want that as a career for their child?

Girls are also increasingly exposed in school to technology in lessons, so I talk about how important it is to encourage it if they look like they might want to try some stuff at home, too. There are so many resources online these days that they can follow themselves, so tech-phobic parents don’t need to worry about their own brains exploding (apparently a genuine concern!) The door is wide open - you just have to give girls a little nudge to come through, and their parents are often the only ones that can do that.

I also talk about how Imagination is happy for me to not work typical hours, so the fact I’m even having this conversation with them at school pick-up is because my scheduled hours allow me to leave in time to be there. For many mothers with former tech careers, this alone is what makes or breaks a return to engineering, and believe me, I know. Perhaps this might help sway girls who think being a mother is incompatible with a tech career (unlike with some other careers) and rule it out for that reason.

Yet there’s also possibly a shorter-term impact too. I hope that seeing that it’s possible for a mother to still have a career in tech reaches the ears of their partners (or friends) if they work in tech. Maybe they might then help influence change with their employer too. By closing the door on mothers with former tech careers, employers are losing a huge untapped resource at a time when diversity in tech matters more than ever. In addition, with an intense war for talent being waged in the tech industry, companies simply cannot afford to ignore half of the adult population.

Not everyone has the time (particularly working parents!) or feels comfortable standing on a stage presenting, or going into schools, or doing one of the myriad of other things so many wonderful people are already doing to try and improve gender diversity in engineering. However, talking to parents is something any parent working in tech can do. It doesn’t cost time or money, and it doesn’t have to come across as awkward or preachy either as talking about work is normal. Yet it still has the potential to make a difference, as it’s tackling the problem often right where it begins with unwitting parents who just want the best possible life for their children. By making a career in engineering appear accessible to women as well as men, it gives other parents the chance to think about opportunities they might not ever have considered as plausible for their daughters, before that door closes."