A level results bust myths about girls and science 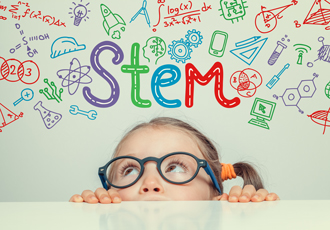 WISE, the campaign for gender balance in science, technology, engineering and maths (STEM) says this year’s A level results in STEM subjects breakdown myths about girls and science. As it releases its analysis of this year’s A level results, WISE says there is much to be excited about but urgent action needed to speed up the pace of change. The results show 1,930 more core STEM A Levels have been awarded to girls in 2019 than in 2018, while the number awarded to boys has dropped by a similar amount (1,792).

Chief Executive of WISE, Helen Wollaston, explained: “Today’s results are a fantastic testament to all of the work which has been done over the last few years to encourage more girls to study core STEM subjects. These results should encourage girls, their families and teachers because they show girls are interested in science and they are good at it.”

Wollaston said: “I want to see teachers sharing this message with girls who are considering which subjects to take at A Level – it’s commonly thought that girls don’t take science subjects because they are ‘too difficult’. These results prove this isn’t true.”

More girls got a biology and chemistry A Level compared to last year, with a more modest rise in the numbers of girls being awarded Physics A Level. There was also an increase in girls studying Computer Science, but at just over 250, the number is less than half the increase in boys taking the subject.

Wollaston added: “This has serious consequences for the UK. 9 times more boys than girls gained an A level in Computer Science this year, (1400 girls compared with 9649 boys). Given what we know about the future of work, with computing skills becoming critical across all sectors, improving this figure must be a priority for government and schools.”

Earlier this year WISE launched an online career resource - My Skills My Life - with the aim of reaching 200,000 girls in the next five years, collaborating with schools and employers to help girls, their parents and teachers understand the career opportunities open to them by studying STEM subjects.