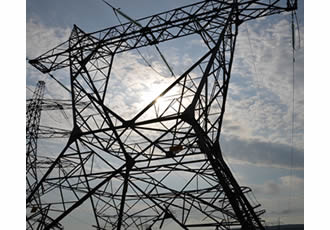 A successful installation and energisation of the firstnew live electricity conductor in Scotland in almost three decades, has been announced by 3M, a science-based technology company, and Scottish Power Energy Networks.

The project is part of Scottish Power’s RIIO targets, which included a forecast of 2.5GW generation connected to the network by 2021, a target which at 4.9GW has already been exceeded. Using the award-winning ACCR from 3M, Scottish Power can meet its Baseline Shared Use Infrastructure (BSHE) target of 1,073MVA by the end of 2016.

The project involved close collaboration between Scottish Power Energy Networks, contractor Balfour Beatty and 3M and was completed in just three months, against the predicted timescale of eight months, despite the challenges of a remote, difficult terrain and a particularly wet Scottish summer.

Richard Wylie, Lead Design Engineer, Overhead Lines, Scottish Power Energy Networks, said: “Using ACCR meant that we could double the ampacity using the existing tower infrastructure and manage sag resulting from higher temperatures caused by increased power. This approach removed the need to carry out extensive new infrastructure developing, so the impact on the local community and environment has been minimised and without the delays that civil engineering permissions and rights-of-way would traditionally involve.”

Wylie added: “While this was new territory for Scotland and relatively new in the UK overall, we had confidence in ACCR because it is a proven technology with many reference customers worldwide.”

The alternative would have been to build new infrastructure, because the thermal increase of installing larger conductors would have been inadvisable and uneconomical on the existing towers. The anticipated current ratings for ACCR conductor at 275kV are between 3382-3878Amps. The conductor is also reportedly much quieter than other conductor technologies, according to Scottish Power.

Collaboration between Scottish Power Energy Networks, Balfour Beatty and 3M was essential to the project’s success.

Wylie commented: “Advance planning contributed to on-site efficiency and speed of project completion, including making sure that the installers were familiar with the technology long before they were on-site, so they were not learning on the job and any concerns had already been addressed. “

He continued: “For instance, it became clear that some aspects of the installation process needed to be amended to suit Scottish Power’s specifications, such as designing longer installation platforms, something we were able to do in advance.”

This included a week-long course hosted by 3M, with guest speakers from 3M in the US and input from existing ACCR customers.

There was no problem with the installation; the techniques are mainly the same as for other products, with just a few changes in the process. The installation team was very happy to work with ACCR; one installer reported he completed an electrical joint in just 30 minutes.