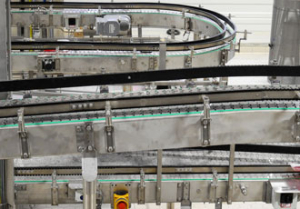 While the most destructive forms of transient surges are typically lightning and utility load switching, these two events are thought to account for just 20% of all transient surge activity. The remaining 80% occur in the supposed safety of the factory walls. So how can plant managers protect their equipment from its own production line? Here Simone Bruckner, Managing Director of Cressall, investigates.

Internally generated transients are often caused by commonly used equipment in offices, medical facilities and factories. From something as simple as lights being switched on and off and elevators going up and down, to welders in a production line, surge activity is ever present. Whether it’s caused by a lightning strike or a piece of faulty equipment, surges can cause data loss, Residual Current Device (RCD) tripping, reduced machinery life and equipment failure.

Transient overvoltages are short duration, high magnitude voltage peaks with fast rising edges, commonly referred to as surges. These overvoltages can reach up to 6,000 volts on a low-voltage network, with a duration of just a millisecond.

While lightning strikes offer an extreme example of an overvoltage source, electrical equipment is continually stressed by hundreds of transients that occur every day on the power supply network through switching operations of inductive loads such as air-conditioning units, motors and transformers.

Switching surges are another common form of surge, which occur during the operation of circuit breaker and line switch opening and closing at the same substation. Generally, these surges occur in non-self-restoring equipment, such as generators, transformers, breakers and cables. Overvoltages caused by switching surges are a safety concern for both equipment and workers, because they can damage insulation or cause a flashover.

While these transients are of a lower magnitude, they occur more frequently and equipment often fails unexpectedly some time after the surge occurs.

To protect electrical equipment from the unforeseen catastrophes of voltage surges, facility managers must put effective safety measures in place. Improving surge protection may not require an entire overhaul of existing protective equipment, and there are a range of Surge Protection Devices (SPDs) you can integrate into existing lines.

While businesses may know to install SPDs to protect their infrastructure from serious power outages, some may not realise that many SPDs are often only triggered by large changes in voltage. As a result, the dangers of regular power fluctuations may go unnoticed, but they can still cause disruption and long term damage. It’s true that issues such as short rise-time surges make little immediate impact on equipment, but they can cause lasting damage to many motor-controlled applications - such as conveyors, pumps, generators and compressors.

Business owners should take action to protect their equipment from all power issues - from smaller sags and spikes to huge power disruptions. At Cressall, we supply Zorc surge suppressors, a range of high frequency transient overvoltage surge suppressors for the protection of industrial equipment from steep wave-front, short rise-time, high magnitude surges and other transient voltages generated by switching and other sources.

Zorc should be installed to combat the effects of switching overvoltage, transient recovery voltages and iron-resonance overvoltages - the incidents we see inside the factory, rather than those due to atmospheric impulses. Zorc’s transient protection ranges from 0.1 to 0.2 microseconds in range, and special compact versions can be fitted in most motor and transformer enclosures or switchgear panels.

While lightning strikes can cause irreparable damage to electrical equipment, facility managers must also consider threats that are closer to home. Having an SPD in place is vital, but it must help combat all surges and spikes. After all, even the smallest of disruptions can result in the greatest impact.