The impact of the latest emissions regulations on generators

Home > Around the Industry > The impact of the latest emissions regulations on generators
15th November 2019
Source: Cressall Resistors
Posted By : Anna Flockett 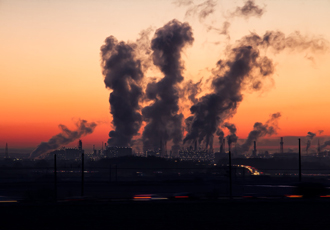 Air pollution is now the biggest environmental risk to public health in the UK. As unregulated medium sized combustion plants (MCPs) and generators are a known source of significant air pollution, addressing their environmental impact is crucial. Here, Andrew Keith, product development director at power resistor manufacturer Cressall Resistors, discusses the changes to emissions regulations and what they mean for power maintenance.

Toxic air leads to an estimated 400,000 premature deaths in Europe each year — with around ten per cent of those occurring in Britain. The UK’s attitude towards the issue has been troublesome, as its breach of EU air quality limits resulted in a referral to Europe’s highest court in 2018. To address these grave levels of pollution, the UK government passed new restrictions that mean those using generators need to review their efficiency.

Tougher controls
Many of the generators currently in use are older designs, contributing to concerns over air quality and making a significant dent in the National Emission Ceilings (NEC) Directive’s nitrogen oxides (NOx) allowance.

Passed in 2018, the Medium Combustion Plant Directive (MCPD) together with the Specified Generator Regulations has implemented the first phase of strict emissions limits on combustion plants operating between one and 50MWth.

Under the regulations, generator operators must hold an environmental permit that relates to the date that their equipment began to comply with the rules. Generators must also meet the reduced NOx emission limit of 190mg/Nm3, and have no persistent visible emissions of dark smoke.

The transition from complying with previous regulations to the current requirements depends on the age of the generator. Newer generators have needed to comply from January 2019 onwards. However, most of the question marks surround the use of existing assets, which need to comply from as late as 2030.

The escape clause
However, the rules come with loopholes. Exempt from the updated restrictions are back-up or stand-by generators that operate for the purpose of testing for no more than 50 hours per year. Those that run for longer can also be excluded, but operators would need to demonstrate a genuine need for this additional testing.

While the majority of back-up generators can avoid complying with these restrictions, this doesn’t mean that we should not address their efficiency. Running a stand-by generator is key to ensuring its longevity, so while these generators may remain unused for long periods of time, regular load testing is crucial to help them continue to run efficiently.

Load testing doesn’t only extend the lifespan of generators. Diesel standby generators that run rarely or on light loads can build up fuel deposits in parts of the engine over time, which may lead to a generator producing a reduced output capacity when it’s required to work. This potentially hazardous build-up is known as wet stacking, and causes the generator to emit harmful smoke. Many urban areas restrict the level of smoke emissions that wet stacking produces, making efforts to reduce its occurrence an important step towards reducing air pollution.

Load bank testing
Effective load bank testing helps to combat wet stacking. When running at maximum output, the temperature and pressure in an engine increase to levels that cannot be reached when running lighter loads.

This increased input helps vaporise the fuel and soot deposits that have built up in the engine’s exhaust chamber, reducing the effect of wet stacking. Cressall manufactures load banks ranging from small portable loads for testing petrol generators to diesel generator testing at up to 13.8 kilovolts (kV).

Supplementary Load
An alternative to intermittent load bank testing is to use a lower rated load bank combined with load detection control in a setup is known as dummy or ballast loading. This arrangement closely monitors the site load so that it falls below the optimum loading of the generator, the load bank is energised to top up the site load.

Dummy loading also ensures the generator is running at its most efficient operating point and the exhaust gases are at the optimum temperature, avoiding black smoke emissions. Load banks for this purpose can be standalone units or integrated into the generator package.

While stand-by generators are currently exempt from the MCPD, this doesn’t mean that we shouldn’t address their contribution towards harmful emissions. Not only will this contribute towards our goal for cleaner air, but effective load bank testing will also help improve equipment longevity and prevent the need for costly maintenance.