Recycling refrigerants in the Netherlands 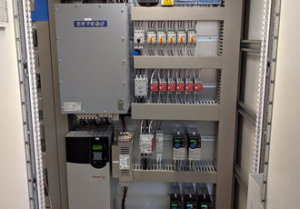 By 2030, only 20% of the total number of hydrofluorocarbons (HFCs) that were sold in 2015 will be available on the market. The HFC phase-down is the most crucial aspect of the EU Fluorinated greenhouse gases (F-Gas) regulation and will have a major influence on use of refrigerants in all end use markets, including applications for food and drink manufacturing.

Infrastructure to support the impending F‑Gas phasedown needs strategic development, particularly in relation to reclaiming existing refrigerants. To overcome shortages of these gases, CP Automation, supplied core components for a new refrigerant separation vessel in the Netherlands, in a bid to improve the reclamation of refrigerants across Europe.

Since 2017, A-Gas, a business at the forefront of supplying refrigerants across the world, has invested heavily in the reclamation and recovery side of its operation. This has been reflected by the development of its first ever European refrigerant separation vessel in Eygelshoven, in the Netherlands. But, the creation of this infrastructure hasn’t been plain sailing.

This new facility was designed primarily to split mixed, reclaimed refrigerant into distinct products for re-sale and buy-back schemes, to save customers money on buying virgin refrigerant and alleviate the demand for new HFCs. The facility is one that Europe desperately needs.

“The manufacture of many popular refrigerants will soon be phased out due to environmental legislation,” explained Nathan Ives of A-Gas. “This change not only ups the price of buying new refrigerants, but puts more onus on the recovery and recycling of existing refrigerants.

“One of the biggest challenges is that this type of waste has changed over the years. Due to constant changes in regulation, refrigerant mixtures have become more complicated and higher quantities of mixed gases have entered the market - making the splitting process even more integral.”

A crucial part of this new facility was effective panel design to house the control and safety components of the hazardous facility. To get it right, A-Gas first got in touch with G&P Controls, to collaboratively design panels for the Dutch facility.

G&P Controls was charged with creating a panel in accordance with the small footprint of the facility. Space was at a premium, meaning the placement of equipment had to be considered carefully.

To add to the challenge of space, harmonic filters and motor chokes were to be added to reduce harmonics and the dV/dT on the motor insulation. This was important to protect the motor and the drive, which would otherwise be at the mercy of long cable distances that may lead to high voltage rises.

G&P Controls started by reaching out to Phil Perkins of Routeco for its range of Allen Bradley Powerflex drives. He said: “I work with a lot of automation engineers and panel builders,” explained Phil Perkins. “We find in almost every case a project is carefully planned to ensure the panel and its contents is capable of controlling the machinery and components downstream.

“However, in almost every case we see a lack of planning when it comes to ensuring that what they have designed, is not going to cause complications for the clean distribution of power on the whole site.

“We find time and again, electricians are re-setting panels, and continue to keep re-setting panels. Whole plants keep tripping out at enormous cost and hardship to the business. Components continually fail and just get replaced, with engineers or consultant engineers charging a lot to firefight but not rectifying the issues that are causing the problem.

“To an automation engineer and most electrical engineers, this is a dark art, one they steer clear of if they can. We were extremely lucky to have a very good relationship with CP Automation. The team was able to identify and resolve every single issue in this area of expertise.”

CP Automation was able to not only meet the requirements of the spec, they were able to help improve the design of the system using additional products to provide a more robust system. The majority of items supplied where from stock, including a Sine Tamer TVSS surge protector, harmonic filter, AC line choke, EMC filter and motor choke.

“Advising and supplying the safety-critical parts was simple - although this was hardly an out-of-the-box application. It is what we do all day long as a specialist in this area,” explained John Mitchell of CP Automation. “We really had to consider every millimetre of space in the panel.”

The fast service from CP Automation certainly paid off. With all parts installed, the panel was exported from the UK, to the Netherlands. A-Gas has since commissioned the first of its series of facilities, improving the confidence of Europe’s future refrigerant supply.

A-Gas will also be bringing further separators, filling stations and storage tanks online soon to meet the demands of customers in Europe, which will prove vital on the run up to 2030, as current accessibility to new F-Gases diminish substantially.