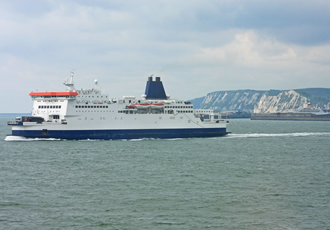 It is all down to marine design standards that ensure, even in the event of a catastrophic failure, back-up systems are in place to keep a vessel operational. For one European ferry operator, this has enabled them to continue operating safely, despite the failure of an on-board shaft generator.

Following an investigation into the cause, the company has contracted Sulzer engineers to conduct a rework project on all similar generators so as to avoid any repeat occurrences.

Some of the most important assets on a marine vessel are the generators, providing power for on-board services, including propulsion in some cases. With such a vital role, it is essential that stand-by assets are included in the design so that, in the event of a failure, normal operation can continue while the cause is investigated and repaired.

However, ferries have a set timetable and any deviation from it can cause significant inconvenience to passengers and freight alike. It is therefore necessary to complete most repair work while the vessel continues to operate, a task in which Sulzer engineers have worked with.

On-board assessment
Karl Daniels, Service Centre Manager for Sulzer, explained: “Initially, we put together a team of engineers to go on board and to make an assessment of the damage to the shaft generator while the vessel remained operational. The inspection showed damage to the windings, but in order to make a full analysis of the failure we would have to dismantle the generator on board and remove the rotor.”

“The generator in question produces 3.8MW at 6.6kV and weighed approximately 14 tonnes so we worked closely with a specialist heavy engineering company, which modified and attached different lifting mechanisms along the ship’s hull to allow the rotor to be removed. Once we had access to the rotor we could complete our assessment of the failure.”

The bolts associated with the rotor clamps which hold the coils in place, had failed and entered the core laminations, while the aluminium clamp that holds the poles down on the rotor had disintegrated and left aluminium dust throughout the core. The damage to the stator core was extensive and there was also damage to the white metal bearings. 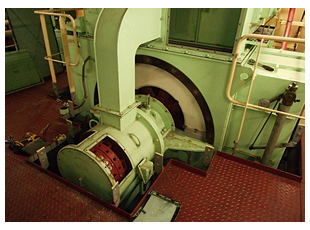 Having completed the assessment, the original plan to replace any damaged coils while on-board was changed to a much more complex project of removing the generator from the ferry and completing the repairs at local service centres. Due to the ferry schedule, Sulzer only had a window of 17 hours while the vessel was in port for a layover in which to remove the generator.

Generator extraction
The most difficult task was removing the stator, which weighed approximately 10 tonnes, and had to be manoeuvred out of the hull, through hydraulic hatches, up to the cargo deck and off the vessel. This was a complicated engineering feat, but the vessel’s owners had consulted their engineering drawings and were confident that the generator could be removed successfully. In order to achieve this, the specialist heavy engineering company installed numerous slinging points that had to be cut and welded during the removal process that left just a 20mm gap in some places.

Once the generator was delivered to the local service centre, Sulzer used its extensive expertise in generator repairs to assess which components would need to be replaced. Each component that required work was then delivered to the most appropriately equipped location in the Sulzer network for repair.

The rotor was sent to the Southampton Service Centre where it underwent a complete overhaul, with new clamps and bolts being installed. Meanwhile the stator core was removed and a new core was re-laminated and re-manufactured in Nottingham. Replacement coils were manufactured in the Birmingham Service Centre, which is Sulzer’s worldwide centre of excellence for coil manufacture.

However, while the repair was a priority for the ferry company, its greatest concern was with the remaining fleet of ferries, all of which were fitted with the same design of shaft generator. The root cause analysis of the failure determined that the rotor clamp bolts had fatigued.

Safeguarding the fleet
Armed with this information, the ferry company decided to take a pro-active approach and commissioned Sulzer to carry out an endoscopic inspection of the remaining five generators. This was completed during short weekend layovers that each vessel had in port, but no major issues were discovered.

However, in view of the extensive work required to repair a damaged generator, the chief engineer for the vessels’ owner requested that Sulzer order some upgraded retaining bolts. In order to minimise any risk of a future failure, Sulzer has developed a project to remove each rotor and to upgrade the bolts in each of the five remaining generators.

Daniels, concluded: “The scope of this project increased rapidly but Sulzer had the expertise and facilities to match the requirements of such projects, no matter whether they are onshore or offshore. In this case the client has taken a very pro-active attitude and we have delivered a comprehensive repair solution.

“In addition, we had placed experienced engineers on-board the remaining fleet to implement the rework programme and to prevent a similar situation occurring. By working closely with the client, we were able to deliver high quality solutions that met the requirements of the Lloyds Register and Bureau Veritas for marine engineering.”