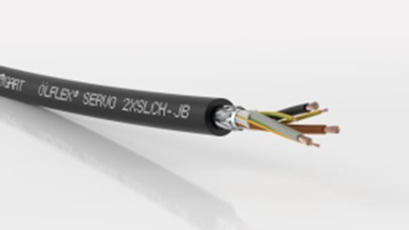 Conrad Electronic is expanding its product offering with Lapp’s 28,000 cable and connector solutions. Highlights of the Lapp range include the EPIC LS1 circular connectors, which have been developed for use on servo motors and assemblies.

Typical solutions in the cables and conduit areas are the hose line H05VV-F 5 G with 1.5 mm² cross-section for low to medium mechanical loads in the home, kitchen and office as well as the control and connection cable, ÖLFLEX CLASSIC 110, for use in industrial environments.

A particular feature in the area of cable accessories is the SKINTOP ST-M 20x1.5 cable gland for universal use in machine and apparatus construction, measuring, control, automation, electrical engineering, and robot construction.

"With Lapp's cable and connector solutions, we are primarily addressing business customers who are increasingly involved in areas such as automation or mechanical and factory engineering, mobility, the power and energy infrastructure sector, and the food industry," says Sandra Leipold, Product Manager at Conrad. "The focus of Lapp as a cable and connection specialist is on R&D, maintenance, repair and operations (MRO) and logistics, as well as procurement.”

"Only recently have we expanded the range of our most traditional brand ÖLFLEX and, as a special innovation, launched the ÖLFLEX SERVO 2XSLCH-JB cables with double shielding and the highest electromagnetic compatibility," says Michael Korom from Lapp. "The new cables are halogen-free according to IEC 60754-1, flame-retardant according to IEC 60332-1-2 and IEC 60332-3-24/-25 and non-toxic according to EN 60305. They improve the electrical properties of circuits, reduce harmful bearing currents and do not cause toxic vapours. The cables are available in two versions: one in the standard four-wire version and the other as a 3+3-wire version.”

All products from Lapp’s full range offered as part of Conrad's 2019 assortment campaign are available from stock.