Why are women leaving technology jobs? 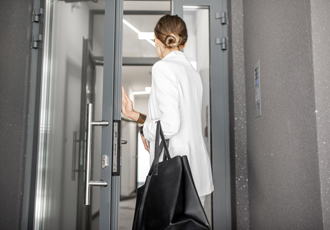 Did you know that 25 years ago 37% of computer science degrees were held by women, but figures have shown that in 2018 that figure has dropped to just 19%? For women who do break into the tech sector, the retention rate is not very promising, with the quit rate more than twice as high for women as it is for men. Why is that, and what exactly is attributing to these decisions to completely leave technology?

At the recent Women of Silicon Roundabout event held in London, Lucinda Carney held a sharing session that gave women and men a voice to talk first-hand about their experiences and find out why women might just up and leave the industry completely. And more importantly what changes need to be made and what businesses need to do to encourage women to fulfil their career in the tech industry.

Arguably some of it is down to the pink and blue marketing tactics, Carney began by explaining: “While I was studying the undergraduate split in gender was about 50/50, but as soon as I got to my Master’s degree only 9% of the class were women.” Businesses, and educational institutions sometimes stereotype genders with their marketing, but who decided that a certain subject is designed more for a male than a female?

One audience member described another reason contributing to women leaving is that in previous years, technology and science jobs were seen as dull repetitive and boring, something more suited to females. Whereas, take coding for example, a skill that now leads to a very well paid job and you being find women pushed out of jobs so the well-driven men can come in and make the money.

In the UK, parents have expressed in boy’s schools they have specific coding classes, where as in comparison girl’s schools do not have a compulsory class, but there is an optional club for them to go to after school if they wish. Carney commented: “How is that fair and equal?”

The dropout rate is also a big issue. Carney said: “It would be interesting to see how many girls start a job or a degree and then are deterred, compared to females that never start in the first place.”

It was also agreed upon by the audience that technology companies are becoming better at hiring women, but they then fail to give them the correct support structures to keep them in these jobs. Another stat was shown to us by Carney which stated; Women leave tech companies at twice the rate men do.

Do they always leave or are they pushed?
Quite often when women work in a male dominated industry such as technology, they are assumed to do the more ‘traditionally female’ jobs, for example admin. One of the audience members at the talk shared: “I have always found that females in this industry are pushed into a lot of the admin roles or the more customer facing roles. The ‘soft roles’. People think the jobs involving organisation should be left to the women because ‘you are better at that kind of stuff.’”

It appeared that a lot of women at the show agreed with this and felt that a lot of the time when women do come into the industry with master degrees and PhDs, they are still not given any lab opportunities like the males, and often are treated more like receptionists. Another audience member stated: “In our organisation as I’m one of the only females, I am always expected to book the meeting room, take notes, organise calendars and social events.”

People sometimes end up leaving their jobs because of the exhaustion of trying to fight an ongoing battle, that they come to learn they will never win.

The three main reasons women leave the industry are:

Lack of role models
We can say this again and again until we are blue in the face, or until something is done about it, but there is a massive gap when it comes to female role models within the technology industry. This was an issue raised multiple times across the two day Women of Silicon Roundabout event, and it was especially highlighted that there is specifically a lack of role models of females in senior positions. Carney said: “This leads to women thinking that it is not possible to get to these higher up positions and is a big factor in them leaving the industry.”

When a lot of senior women leave these jobs, there does seem to be a batch of younger women coming in to hopefully work their way up, but the trouble is for these new younger women there is no one for them to look up to. One opinion on the matter was: “Aspiring to be like these women will deter them, they will see people leaving and think – why, what’s wrong with this job.”

Stuck in the past? Motherhood and flexible working
Why is motherhood still a challenge? A question that evoked a lot of emotion in the room. One lady said: “Women still feel awkward/bad when falling pregnant, which is such a sad situation, it is one of the happiest times of your life.”

The general consensus agreed that, not all organisations, but still such a large number, make it difficult for mothers to return to the workplace after giving birth. One audience member expressed how flexible working and job sharing is not offered enough, and in some cases not at all.

Carney said: “This can lead to massively missed opportunities, as for a lot of women, being able to work flexible hours and use their brain while still being a parent would not only be beneficial to the mother but to the company too. Many mothers would be grateful for the change of scenery and are often the best type of person to have on your team.”

To back this up Carney stated: “It has been proven that men start to empathise and feel differently once they have had children, especially daughters.”

Unconscious bias
One young female in the audience voiced her frustration: “Sometimes people feel that when a woman feels really strongly and passionately about something that it is seen as aggressive behaviour, but often when men are doing the same thing, they are seen as enthusiastic.” It is one rule for men and another for women, and we need to stop this and make sure everyone is treated the same.

To move up in your career one skill employers often look for is ambition, but what do you do when sometimes that ambition and drive is used against you? Some attendees at the show said that is exactly how they were treated. “People focus a lot on ambition, but too much can be seen as intimidating. Why can’t people just be taken for their skill and talent?”

In addition to this, someone else added: “Saying you need ambition can really put people off, as it can sound as if you have to be strong to succeed.”

As much as some people don’t want to admit it, there is an unconscious bias within the tech industry, and within the startup industry. There is a significant amount of capital that goes to male entrepreneurs over females, but it has been proven that women have a higher success rate. One person spoke from her own experiences and said: “The questions investors ask males and females are different too, maybe this isn’t on purpose, but it is a perfect example of an unconscious bias.”

A more positive attitude
At the end of the day we need to remember technology is for everyone, not just rich white males. A lady at the show stated: “As soon as we focus this message then it will be easier for the rest of us!”

So what success methods were discussed at the Women of Silicon Roundabout event?

One was coaching, but this can be expensive, so if you have no budget then that’s no good. But another approach to coaching is reverse mentoring, which is an initiative where older executives are paired with and mentored by younger employees, to learn about newer and more modern trends, and strategies.

“There is no corporate method or guide to fix the problem, and it is down to each individual and investing in them and helping people get into things,” a female from the audience commented.

One mother also made a point by saying we need to look at ourselves, and the way we act towards gender in everyday life, not just in the workplace. She explained: “Having children, often we naturally treat our sons and daughters differently.”

It is also about helping ourselves, sat in that room I looked round and saw a lot of people raise their hands to make a point and never actually spoke, and thought to myself, as women we often talk ourselves out of things. We need to look at ourselves more and challenge ourselves.

Active solutions
Colleague networks – one simple but effective method is to simply support each other. In helping just one person at a time, this still has a ripple effect and can impact so many people in a positive way.

Male sponsor – if you are able to reach out and get a male sponsor, and encourage them to be involved and help make a difference, the more men we have involved the better because it should be a joint effort.

Teamwork – teams are about diversity, if you don’t have a mixture of people then they won’t work. Teams do not work when everyone thinks the same, you need to be able to bounce off each other.

Role models – a lot of people often ask about role models, but these role models do not have to be women. It doesn’t matter who you look up to as long as they inspire you. Also if you expect too much of the few women at a senior level then it can be too much pressure on them, and it could end up being another reason for women leaving these job roles.

Finally, arguably one of the most important factors is to have self-confidence, believe in yourself and show off your accomplishments. If you really don’t want to shout and share your success, then shout about other peoples’ success and give others some credit - chances are you’ll get some praise back.