Home > Women in Engineering > What does a successful woman look like?
21st August 2019
Source: Electronic Specifier
Posted By : Anna Flockett 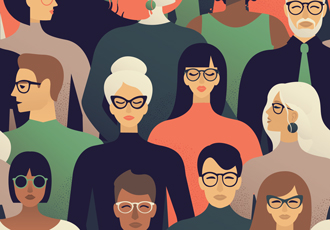 For years now women have had big battles to fight when it comes to equality, and have in more recent times have really been showing that everything men can do, women can too. We discuss regularly in this column, about the struggles women face in the engineering and technology industry, and it is nice to see so many events and organisations doing their bit for women.

Women of Silicon Roundabout is an annual event that brings over 6,000 technology leaders and professionals to the UK’s vibrant centrepiece, to celebrate women in the tech industry. The 2019 event had the aim to ‘drive your digital economy’ and saw gender diversity at its finest in the world’s fastest growing industry.

The tech industry can be especially difficult for women to be seen as equal and succeed like their male peers. But as technology develops, so can viewpoints, traditions and the way women are treated.

Driving the digital change forward is a key topic at the moment, and everyone is preparing for the shift, and this should apply to not just driving digitalisation forward, but driving women forward too. Michaela Jeffery-Morrison, Co-Founder, COO - Founder of the Women in Technology World Series, stated in the opening keynote: “Going digital is not a small change, but it is an organisational shift, and we are all ready for it.”

Jeffery-Morrison added that at the end of the day, people are the most important part of moving forward. “If the people cannot keep up with the technological change, the revolution will come to a halt. It really is the people that drive technology.”

Baroness Brady
One example of a woman who has faced her fair share of challenges, if not more, is Baroness Karren Brady, and has proved time and again that your gender does not matter in any industry, and can teach us all how to never give up.

Brady, who has been voted Business Woman of the Year, Ultimate Entrepreneur, and is among the 50 most inspirational people in the world, gave a keynote speech at the recent Women of Silicon Roundabout event and gave her six ingredients for success, and how to implement them into your career.

Now Vice-Chairman at West Ham Football Club, Brady did not have the easiest job getting to where she is now, but if she had listened to what people had to say and didn’t put up a fight she would never have gained the success she has seen today.

It all started back in 1993 when Brady was working in advertising, saw an advert in a local paper and convinced her boss David Sullivan, then owner of Sport Newspapers to buy Birmingham City football club and run it. She explained: “It had gone into receivership and was on sale for £1, and I rang him up and said: ‘You buy it, and I’ll run it’ to which he warned against getting into the football industry as it was all male dominated.”

Which it was, Brady explained, and although no one seemed to want to take Brady seriously, when she was appointed Managing Director she held her first press conference, where she was grilled. “I told the press: ‘I will get this club playing in the best league in the world, and I will pave the way for other clubs.’ And that’s exactly what I did.”

She continued: “At 23 I started this business, and I am not lying when I say it had no money. The club was paying the toilet cleaners just as much as some of the chefs and the admin staff. I took one look at the systems and the books and I started again.”

But how did she do it?
Brady explained there are three types of people in the world:

Within 12 months Brady had turned the club around, recording a profit.

She explained: “The trick was to think about the football club like a business, but remember it is a business like no other. It was difficult because it was so different for me, you don’t actually produce anything and all your assets are people.”

The one thing that really helped Brady was her team. She expressed that nothing is achieved alone: “It is crucial that if you want to get anywhere you have to work together, and the best way to succeed is having everyone knowing everything, that way when you need help it is easier to ask for it.”

It is safe to say Brady was not wrong when she said times have changed enormously since she started her career. She got into football at arguably the wrong time, as women back in 1993 were banned from the director’s boardroom.

“I remember turning up to a club for a meeting and I asked this young boy I came across if he could tell me where the director’s room was, and after telling me I must have been confused, tried to point me in the direction of the room where the director’s wives were,” Brady explained. “But after going round in circles a few times I made it to the boardroom.”

Having been so many barriers back then for women, she passionately stated: “I knocked that door down and I made sure it stayed open.”

Within four years Brady had become the youngest MD of a PLC when the business was floated with a value of £25m. She steered the club to huge successes on paper and on the pitch and through the many challenges the football and business worlds bring.

Brady left when the club was sold for £81m. She laughed: “Not bad after buying it for £1.”

“What has a 32-year career taught me?”
Having a lot of advice for the audience full of women, Brady emphasised that it was very important to remember: “You have to create your own chances, and if you don’t champion yourself and your own career no one else will do it for you.”

Finally, after being extremely successful Brady said one thing that really accelerated her career was her hunger to prove the people who doubted her wrong. “The only way you can combat the fear of failure is to focus on what you really want to achieve. The hunger and drive to succeed is the most valuable asset to anyone, no matter what organisation or industry you are in.”

What is the hardest part?
As easy as Brady may have made it look, she assured us that there are challenges, hurdles, ups and downs. But after turning a business around to be so successful, Brady explained the hardest part is actually trying to manage a career and a family at the same time.

She said: “Having to split yourself but constantly feeling guilty about the other one. You are constantly thinking about the other element of your life and what you are missing out on. There is one label that suits me best and that is a ‘working mother.’”

The important thing is not to beat yourself up about it. Brady expressed: “You’re not necessarily always there to take them to school, but you are able to teach them other skills, such as independence.”

The six key ingredients to a successful career:
Leadership – “You may not always be in charge, but you will be at some point and you need to be able to take control and lead the way in certain situations.”

Ambition – “No one started anything without it.”

Determination – “If I had to pick one key factor to my success, it would be this. Picking yourself back up after a fall, sets you apart from the rest.”

Attitude – “If you don’t like something, just change it. If you can’t then change your attitude.”

Direction – “Opportunities and direction are often disguised as hard work, so people don’t want to see them.”

Positivity – “Success is trying to hang on when everyone else has let go.”

These core values are the thigs that make you who you are, and nothing in this world can take the place of persistence.

Brady’s other success
Brady’s old boss Sullivan and his business partner David Gold went on to buy West Ham United, and it was a no-brainer that they appointed Brady as Vice-Chairman where, amongst other things, she negotiated the team’s move to the Olympic Stadium.

And just when it seemed as though Brady’s career was at an all-time high, in 2014 she was also made a life peer by the Prime Minister, elevated to the House of Lords as Baroness Brady of Knightsbridge, and was also awarded a CBE from the Queen for her work in promoting Women in Business.

After a very empowering keynote, Brady ended on a light-hearted note and concluded: “Behind every successful man is a surprised mother-in-law.