What barriers do women face when it comes to leadership?

Home > Women in Engineering > What barriers do women face when it comes to leadership?
9th December 2019
Source: Electronic Specifier
Posted By : Anna Flockett 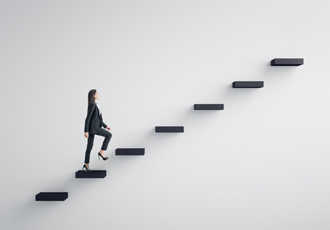 As the engineering industry becomes more diverse and equal, and we see an increasing number of women within the industry, it is a great sight to see and leads me to believe that all the hard work is paying off for women. However, when you then take a look at the statistics of diversity within leadership roles in the industry this isn’t as positive. So although we have reached some level of progress, and can see the number of women in engineering on the rise, why are these women not passing through to leadership roles - is there something deterring them?

For example, in the technology sector the number of women working in IT and computing in the UK is only 15%, and this figure has stayed static over the past few years. When you look further, the stats show that in leadership roles, only five percent are women.

In 2012 the Female FTSE board carried out a report, and surveyed 100 companies within the STEM sector, and found that only 13% of board directors were female. A few years later the FTSE conducted another summary report and found 250 companies with no women on their board, and seven of these were in STEM sectors.

But are women being deterred, or not even being offered the opportunities in the same way as men? After attending a recent Women in Engineering Leadership event hosted by Inclusive Boards, it opened my eyes as to how much of a problem this really is, and from the number of different panel talks and keynotes, some solutions were put forward to encourage both men and women to help with the situation.

Deterrence
Meshi Taka, Principal Civil Engineer at AECOM commented on the matter: “I am not only a woman in engineering, but also a black woman in engineering. There are different bias and different challenges that come with both. When I was at school people always asked me why I wanted to go into a field that is just male workers? My teachers and elders tried to encourage me to be a doctor.

“Girls did often choose a softer route back then, but that baffles me – why are people putting girls off? So many girls love maths and science, and quite often even today, that message of deterrence is still there, it’s just in different forms. Yes, we are now a more open society, but there is still that underlying message that is putting girls off.”

One solution Taka suggested was engaging more with parents and bringing them into help. She added: “There are exceptions, some girls think ‘challenge accepted’ but the majority are being put off.”

Another panellist, Dr Nike Folayan, Chairperson of the Association for Black and Minority Engineers explained she experienced a similar situation, and didn’t necessarily have the support of her mother when she wanted to get into the engineering sector. She described: “I had to strike up a deal with my mum to let me do engineering. I said if you let me study engineering now, I will do something else later. I’m still thinking about what to do later…”

Rebecca Strachan, Professor of Digital Technology and Education said deterrence starts from such an early age, so no wonder there is a problem. “It starts off so early, when children are born they are given boys toys in blue, or girls in pink. And at primary school girls and boys already have different ideas for jobs because society has already implanted that into them. Teachers aren’t trained in or have engineering backgrounds, so we need to go in as engineers and inform and encourage them from a young age.”

Opportunities, or lack of
One of the main issues is responsible for the lack of women in leadership is opportunity. This could arguably be down to the fact that there are still less women in the industry, and go back just a decade or so and the number of women of industry would have been even lower - it’s safe to assume no women assumed leadership roles.

This skills gap is another issue to be addressed another time, but this also contributes to the lack of diversity at a leadership level. Are there not enough women coming up to a level senior enough to move up to leadership? If we conquer the skills gap, does that mean we also automatically conquer the diverse leadership issue?

However, it seems to be a bit of a chicken and egg situation. By creating opportunities, and paths to help more people move up into leadership roles, that may attract more people into the industry and therefore solve the skills gap.

Mark Lomas, Head of Equality, Diversity and Inclusion at HS2, said as an organisation HS2 has done quite well out of the skills gap, and is quite lucky: “The skills gap has created a lot more diversity and opportunities as employers haven’t had the luxury of being picky. Diversity is the solution; the problem is that people are becoming more expensive.”

It seemed a lot of people in the industry agreed that a lot of seniors talk to the wrong people in the wrong way. There are clearly defined career paths set out, but the problem is that doesn’t suit everyone. It’s not one size fits all, and because of that, so many people are losing out on opportunities and seeing doors closed on them, rather than pushing through to leadership roles.

How do we give people more confidence?
The first step in building confidence is seeing your peers, networking and connecting with people in the same industry as you. However, it also benefits to branch out into similar and connected industries, as speaking to anyone helps a great amount.

Taka commented: “Meeting people makes you feel stronger, and like you have more support. Chances and opportunities give you confidence, even if you don’t succeed. They can give you a boost of energy and momentum, and with that momentum it’s up to you how far you go. But the bottom line is that surrounding yourself in support gives you confidence.”

Industry awards and recognition lists are also a tool to help boost confidence, and give people the momentum and push they need to go that one step further, and potentially into higher roles such as on boards and in leadership roles.

Lomas commented: “If you are the ‘only one’ to someone – you are the hero. When it comes to awards and lists recognising people for their achievements, this is where the industry looks for gender diversity or ethnic diversity. This is where to find the people you are looking for. But there shouldn’t be a target or specific requirements set, I don’t think these always work.”

Taka agreed, and added: “These lists stop people going to the same people over and over again for talks, panel discussions, presenting etc. It forces them to reach out to others and gives others the opportunity to get out there more.

“We do need to challenge people, and more specifically executives to be diverse, but putting targets out there can be counterproductive.”

Lomas added: “At the end of the day when someone gets a job, there maybe someone else that doesn’t like it or agree with it – that’s just life!”

Yewande Akinola, Principle Engineer at Laing O’Rourke, who also co-hosted the whole event also gave her opinion by saying there are so many people that we need to cater for, especially within this industry and if you manage to do so it represents a good business, and will bring you good returns. “My first boss always says I am his legacy, I really paid off as an investment to him. We need to encourage more companies to give the industry more, and give the world more by investing in people.”

The importance
I think at the moment there is a slight movement to help try and solve the diversity in leadership issue, but half the problem is people not realising the importance and significance in the lack of equality in people in senior roles.

Folayan made a good point by saying: “Until we fix the problems around transparency and progression, we won’t be able to move on. There is a lot of tokens out there, I call them out. I think people are lazy when it comes to not searching to profile people, they just use the same people over and over again.”

In a Forbes insight article, ‘Global Diversity and Inclusion Fostering Innovation Through a Diverse Workforce’, it states: “Diversity is a key driver of innovation and is a critical component of being successful on a global scale. A diverse and inclusive workforce is crucial to encouraging different perspectives and ideas that drive innovation.”

And although diversity is crucial to get things working efficiently it is a very complex situation that has proven far more difficult to tackle than most people first thought. Strachan commented: “It’s not a simple problem, it is so complex, and that is why we haven’t been able to fix it yet. I mean even history has been ethnic and gender bias, we’re dealing with a wicked problem here.”

Lomas hit the nail on the head when he stated: “The thing with diversity is, we don’t treat it like we treat everything else in engineering. If there is a problem we fix it, but is it taking us so long to fix the diversity problem? Or even come up with any solutions?”

Therefore, to conclude, if we just treated the diversity in leadership problem like an engineering project, I’m sure everyone would have the solution in no time!