INWED and the importance of apprenticeships 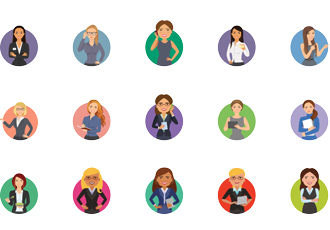 The 23rd of June marked International Women in Engineering Day (INWED), and this year the celebrations were in full swing. This international awareness campaign aims to raise the profile of women in engineering, while focusing on the amazing career opportunities that are available to girls within the industry. This annual event celebrates the outstanding achievements of women engineers all across the world.

It was amazing to see and read about women from all different companies explain how important INWED is to them, and how good it made them feel. Eloise Moir-Mattox of Civic Engineers said: “My favourite thing about being an engineer is solving problems and using my experience and knowledge to help shape the community around me.”

With the theme of transforming the future, INWED is a celebration, with a number of events and gatherings that highlight the work women have done, but more importantly, reminds females to look and aim for an equal future. As INWED events took place across the country, there was further cause for celebration, as this year saw the Women in Engineering Society (WES), celebrate 100 years.

WES, in association with INWED, announced the winners of the Top 50 Women in Engineering: Current and Former Apprentices (WE50), which included a vast range of women from the industry who had all been through, or were currently in, apprenticeships.

This was the fourth year WE50 has highlighted the female talent across the sector, specifically this year with a focus on apprenticeships. A lot of schools today try to encourage young people to take the college, A-Level and university route, which works for some people, however what about the students that, want to learn some skills first-hand and earn money?

Apprenticeships are an essential tool in helping close our skills gap, for both boys and girls, and they need to be highlighted more within schools, and need to be encouraged to do the right thing for the students themselves rather than just worrying about getting their university stats up.

Dawn Childs, WES President said of the awards: “Since the inception of the Top 50 Women in Engineering list in 2016, WES has been privileged to be able to identify, and thus help showcase, some amazing women in engineering. Every year a different focus is chosen to ensure that we can shine a light on female engineers at different stages of their career and who have come to engineering through many different paths. Apprenticeships remain one of the key routes for technical education and subsequently, to qualifying as an engineer. Consequently, we have looked at current and former apprentices in the WE50 list this year. The breadth and depth of roles and industries covered by the entries was simply breathtaking and the achievements of the individual entrants were stunning – we have definitely found another truly inspirational list of female engineers!”

Perdi Williams, one of the Top 50 Women in Engineering, and currently an apprentice at National Physics Laboratory (NPL), expressed that she felt completely overwhelmed and excited to be chosen as one of the WE50.

She explained how she felt apprentices are fabulous. “I started at 16, and didn’t know much at all, but now I have been moulded into the exact worker that NPL were looking for.”

Williams expanded and said it brings a new way of thinking to the younger generation, who come into the industry as essentially as a blank canvas. “The apprentices are also really useful as they have new and fresh ideas - it’s nice to have a combination of experienced members and new, young minds that will think differently.”

“The majority of apprentices join straight out of school when they are quite young, so it’s nice for workforces to have young people come in and share a new wave of knowledge, and even teach some of the other workers’ things they hadn’t known before,” Williams added - it works both ways.

There seems to be a stigma around apprenticeships, and arguably a lot of schools still encourage students to take the university route instead of educating them properly about other options that are available. Williams explained: “People often think apprenticeships are for dumb people, but that couldn’t be any further from the truth. My experience has taught me so much, a crazy amount and it gives you first hand-experiences - so you know exactly what you are doing. You can’t learn everything in a classroom from a book.”

Finally, Williams commented: “There is a lot of pressure on people nowadays to get grades, go to university, carry on in education, but apprenticeships really help you to know what you want to do. It really gives you an idea of what you’re good at. If I had carried on in school and gone to university I probably would have studied physics, and I know now that’s wouldn’t have been right for me. Now I still have the option to go to university, and if I do eventually go I will study mechanical engineering, because I have learnt what I enjoy the most, what I’m good at, and also it’s amazing to be paid whilst you’re still learning.”

The second part of the evening hosted a panel talk in which ‘how diversity will transform future leadership’ was the topic discussed. Mark Whitby, Director of Whitby Wood, expressed his belief that the complexity of this industry has changed enormously in the past 30 to 40 years. “Especially in my lifetime things have changed a lot when it comes to diversity and equality, and I like to think that I’ve had a slight part in that.”

It was very inspiring to also see Christina Riley, Senior Planner at Kier London, who transitioned about five years ago talk about the struggles she had faced and her journey within the industry. Riley expressed: “My journey of finding myself and my identity was a long time ago, but I kept it a secret for 15 years. I saw the industry as an environment that was impossible to be myself.”

Six years ago Riley joined Balfour Beatty, and it was the first time she had heard anything spoke about LGBT issues. “It made me feel so comfortable so I decided to come out. This is why diversity is so important, as to me it changed my life. It is imperative as it can not only change lives, but can help change and reform companies, it opens the industry up for more people and more opportunities.”

Now Riley is at Keir London, and couldn’t be happier. It is clear that some parts of the industry, and some companies especially, have taken the issue of diversity in every sense seriously, and it is paying off. Riley added: “The construction sector has a group at Pride, and when we started this group back in 2015, we had 40 people there, a very decent amount and effort. This year we had about 500/600 people there, we smashed it.”

INWED, and the panel discussion in particularly, really did show that loads is happening on LGBT in the industry, and on other minority groups, with women being a big focus. There are a lot of companies willing to get on board, make these minor and major changes and move forward with new people and opportunities. People are finally opening their eyes to see the engineering industry is diverse and inclusive.

However, as much as there are significant efforts being made, there are still a number of companies that still need a push in the right direction, and we need to make sure that when we talk about diversity, all minority groups are included. Everyone has a right, and everyone has a voice, regardless of what industry you work in, you need to make sure you are being heard.