Engineering that creates a legacy for future generations 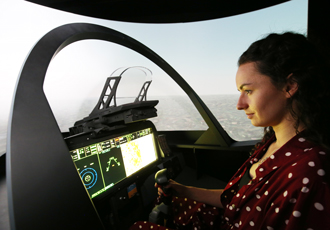 Having shown an aptitude for maths all her life, it was a natural fit for Sophie Harker, Senior Engineer in Flight Control Systems at BAE Systems, to take the STEM path in life, but it was a little trip to the US that proved the defining moment in her journey. Electronic Specifier’s Anna Flockett caught up with Harker after she was named as the IET Young Woman Engineer of the Year Award.

“My parents knew I was good at maths so they really supported me, but when I was about 16 and everyone around me was deciding what they wanted to do, I had no idea. I knew I was going to study maths and do something related to that field, but had no clue what,” Harker explained.

It was when she visited the Kennedy Space Centre in the US that something just clicked. She continued: “People always say you must have been thinking about it already, but I genuinely wasn’t – it honestly just clicked - I decided I wanted to be an astronaut. I was watching a film in their IMAX cinema and there was this woman on the moon, and they said ‘this could be you’, and I thought 'yeah that’s what I want to do'.”

Harker came back to the UK and took part in Space School UK, entered a competition called Our Space and from there got the chance to meet a pair of British born astronauts including Helen Sharman, who was the first Briton in space. She said: “I was 19 at the time studying maths in Nottingham, and she was the first person to suggest engineering as a route into a career as an astronaut.”

Harker didn’t have a science background, and the engineering world wasn’t particularly familiar. She explained: “I didn’t know anyone involved in the industry, my dad’s a carpenter, and my mum is a teaching assistant in a primary school. The only experience I had of engineers until that point was someone coming to fix the washing machine - that’s genuinely what I thought an engineer did."

Harker carried on studying and took a four year masters degree in maths followed by an internship at BAE Systems between her third and fourth years. However, Harker again stressed that she just fell into that. “I didn’t know the company before, but I did three months there and I absolutely loved it. I was right by the beach in Christchurch, New Zealand, and I loved every moment of it.

“The work I was doing was amazing. I got to work on a real app for the army, it was given to me as my own project and I just loved it, so much so I decided to come back after I finished my masters and I joined their grad scheme - it was such a whirlwind but I loved it.”

For just over five years now, Harker has worked at BAE Systems. She added: “It was when I had been working there for four years that I realised I had been out of university longer than I was in university, which made me feel old! But it’s been amazing as I haven’t spent too long in a single place or on a single project - I’ve constantly moved, and I have travelled the world.”

During her first two years as an engineer Harker worked at Reaction Engines, a company that BAE invested in extensively. Reaction Engines are developing an engine called SABRE that can enable an aircraft to take off from a runway, go all the way into space and return to the same runway. Harker elaborated: “It’s the next step on from the space shuttle. The shuttle is a rocket, whereas this is more of an aviation style approach with an air-breathing engine. I worked with the company for three years working on future concepts and looking at hypersonics. Hypersonics is travelling faster than Mach 5, the fastest we have ever flown in a production aircraft is around Mach 3.2, so it’s considerably faster. When I finished that project earlier this year, I decided to try something else for a while.”

However, the end goal for Harker is still to become an astronaut: “If it happens, it happens and if it doesn’t it’s okay, I know there is a small chance. I have the basic requirements you need, i.e. a degree in a STEM subject. You also need to have three to four years’ relevant and successful field experience – those boxes have all been ticked so anything I do now is hopefully a bonus. I just need to wait for the European Space Agency to put out a call and I will apply! So we will see!”

Harker has recently started working towards her pilot’s license. She added: “Something I never thought was an option for me when I was younger.”

If you look back through ESA (European Space Agency) history, there hasn’t been a great number of females and at present there is only one active female astronaut, Samantha Cristoforetti. Harker added: “They actually made a Barbie of her.”

NASA do have quite a few women on their books now so that’s promising, Harker added: “But there will be more male applicants, just because of the present nature of STEM subjects. When all said and done, you all have to pass the same bar, you have to be a certain type of person to go into space. You have to pass certain medical tests, and put up with different stresses and so from that perspective it’s irrelevant whether that person is male or female.”

Harker added: “But hopefully we get a few more females in the future!”

It is quite difficult to define an engineer, but Harker gave it go: “I’m not entirely sure how you put the description into words, but I have learnt that it is not someone who just fixes something, it is someone who solves a problem. This is not necessarily because it is broken, but because you don’t actually know how to do something – it’s an invention.”

“What I enjoy most about engineering is whatever I am doing now, I am leaving a legacy for the future – I know that sounds really cheesy but it’s true,” Harker exclaimed. “You work with people to create something that is truly amazing, but often you can become immune to it and get used to it, but when you break down what goes into some of these projects it is incredible.

“Take a fighter jet for example, they are so incredibly complicated, and there are so many things you don’t even think about, like lightning strikes – what do you do when you have electricity running through so many systems, how do you stop them all from being fried before the plane falls out of the sky? Even the most minutiae detail like cables need to be designed in a way that is protected from everything.”

The most amazing thing about engineering is, it’s not standard or formulaic – everything is designed differently. Harker added: “I just love that legacy aspect and knowing what I am doing now will take ten to 20 years to develop, so it really will set the groundwork for the future of aircraft.” 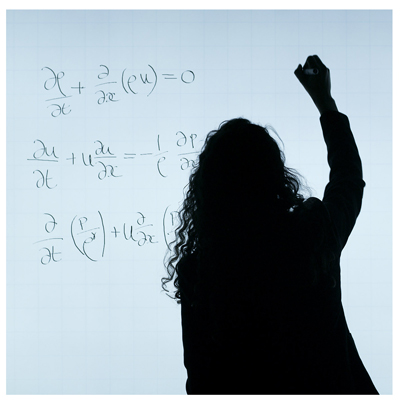 Harker has been recognised for her talents after recently being awarded the 2018 IET Young Woman Engineer of the year award, which she described as “a mad feeling!”

She said: “I was nominated the year before and didn’t make the top six, so this year to just get nominated, I was buzzed. Then the awards took place on my birthday – it was the best birthday present ever.”

At first she said she didn’t even realise she had won: “They read my name, and I thought ‘oh who is that’. I had no speech, I was not prepared because I was convinced it wasn’t going to be me. But it is categorically one of the best moments – it really does change your life.”

Harker laughed as she explained she now gets fan mail. “It really is hard to put into words. People don’t realise how big an event it is. When you do win it, it changes your life - it’s like having a second job. It’s amazing, there are so many people who want to speak to you.”

Being such a busy woman, Harker is always on the go working on projects and that didn’t even get to celebrate properly: “It was so busy at the event, and then I flew to Austria the next morning, so I wasn’t quite with it. It never really sunk in; I never really got off that high.”

It is one of those weird moments that Harker will never forget. “I was at the IET last night and I just relived the moment, I’m not sure I will ever get over it.”

Another major moment for Harker was becoming chartered at the age of 25. “I was one of the youngest people to become chartered with the Royal Aeronautical Society, and from this they have changed the application process. Getting the certificate and seeing I was chartered was such a massive moment for me, but I was grateful as I had so much faith and support from mentors and the company I was working for.”

It is safe to say Harker makes it look easy to be a female in engineering, and she explained it brought her such delight that at this year’s Royal Academy of Engineering awards, the Young Engineer Award went to all female winners. “To stand on that stage with those women was such a big moment. It could have gone to anyone, but the award went to five women, and it’s moments like this that reminds you that what you are doing is all worthwhile.”

Personally Harker said she has never experienced any prejudice from being a female in this industry, commenting: “With maths it’s more of a 50:50 spilt, so coming from that background I never really thought about it, but I think one of the problems with engineering and the lower number of females is that people don’t realise you can get into the industry with any STEM degree, including maths.”

Having a good support system around you is a key ingredient to success, Harker said: “I have never experienced anything horrendous personally, however I have heard other people’s stories and I think often people don’t realise they are insulting others. I have had a lot of support around me, my company has always been great to me and I have thankfully never experienced a gender pay gap. But more importantly no one has ever looked at me and said ‘you can’t do that'.” 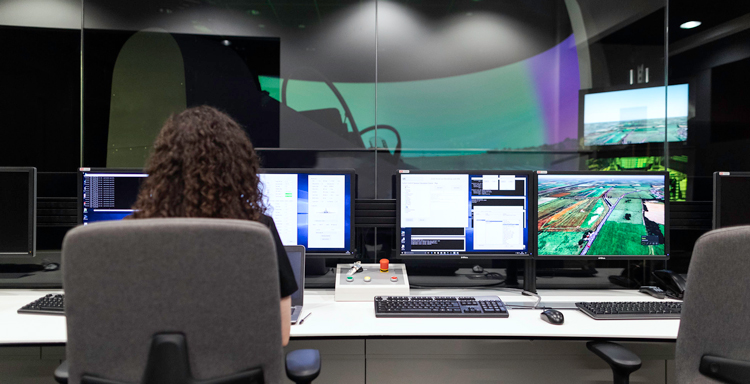 Harker has achieved a lot in her 27 years, but it definitely is well deserved. She commented: “I have worked hard for opportunities, and always worked well in a team - I thrive off being able to help someone and share experiences, and I think that is what we need more of in this industry.”

It is also important to Harker that we inspire the younger generation, as she goes into schools to talk to children of all ages, from five years old to teenagers. She talks to them about her experiences and journey and gives them advice, whilst explaining to them their career options, and is sometimes part of panel talks. Harker expressed: “I even went back to the University of Nottingham and gave a lecture, that was amazing.”

She concluded: “I love doing these things, it is so important, as I had never spoken about engineering until meeting Helen Sharman – I was so lucky. Everything lined up for me and completely changed my life, and I wouldn’t change a thing.”