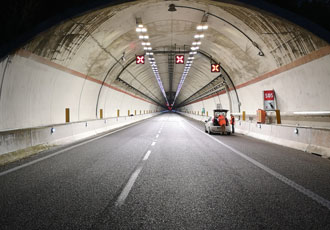 Arianna specialise in the design and manufacture of public and industrial LED lighting systems. Based in Italy, they provide innovative solutions which enable companies to save energy and assure the comfort and safety of their customers. Arianna’s lighting systems are recognised for being robust, reliable and long-lasting.

Since they were established in 2009, Arianna have grown to become one of  Europe’s most prominent lighting companies In 2011, Arianna achieved an industry first by developing the internationally recognised Teseo, the first Total Reflection LED light which, by applying principles from astronomy to project light in the opposite direction to the direction of travel, enhances the visibility of obstacles and provides greater safety on the road. The application of Teseo Total Reflection technology throughout Italy’s street tunnels has firmly established Arianna’s status within their industry. Through the impact of this and other innovations, Arianna have grown rapidly within the street tunnel lighting industry, becoming a major partner to Anas and Autostrade per l’Italia in Italy and other leading institutions internationally.

Challenge
Identify a latching solution which would enable the fast, simple and secure installation and adjustment of LED lights in street tunnels of varying dimensions.

Solution
A lever-actuated, over-centre latching solution providing greater flexibility, ease of use and corrosion-resistance for lighting systems which can be installed and maintained quickly and easily without compromising on safety and perform effectively and safely in all weathers.

Value
The latch has enhanced and streamlined the process of upgrading the tunnels to LED lighting because it enables quick installation and operation, as well as enhancing Arianna’s industry standing by allowing them to respond more competitively to new business opportunities.

The Challenge
Arianna were commissioned to upgrade street tunnel lighting in Italy to LED technology. Referred to as “relamping”, this conversion was required initially in the central parts of the tunnels and more recently, in the external sections, for the increased energy efficiency and longer lifetime provided by LED technology. On the ceiling of each street tunnel there are typically one or more stainless steel trunks on which the lights are mounted. The original lights were attached to the trunk with a mounting bracket made up of three parts. With each tunnel varying in size and shape, there was no standard setting for the lights and adjusting the mounting bracket during checks and maintenance was time-consuming and complicated. Arianna were looking for a “one-size-fits-all” latching system to attach the mounting bracket to the trunks and allow operators to adjust the LED lights without having to keep adjusting the parts on the mounting bracket. This would enable the safe, simple and secure maintenance and management of the lighting system. The latch had to be intuitive enough to allow quick installation of the lights without tools so that just one person could easily and safely position them, to keep maintenance and installation costs down. Because of the weight and height of the lights, it also needed to be robust enough to hold them in place effectively and maintain a high level of safety.

Due to the challenging environment of the street tunnel, it was also important to identify a latching solution made of stainless steel which would be fully corrosion-resistant. This would allow the lighting system to maintain a high standard of performance and safety over a long period of time, even when affected regularly by tough weather conditions and vibrations from passing traffic.

The Solution
Arianna identified that theTL – 40, an over-centre latchcreated by engineering access hardware leader, Southco, would meet every one of its complex requirements for securing its LED mounting bracket. Having evaluated a number of possible solutions in the market, Arianna chose to work with Southco because they recognised that Southco had the product range and production scale to meet their needs effectively. Arianna enjoy a strong partnership with Southco and value their ability to respond quickly to their priorities, particularly with short delivery deadlines. Southco are trusted by leading global lighting innovators because they offer a wide range of intuitively-designed products that are adding value to lighting fixture and luminaire manufactures around the world.

Southco’s TL – 40 latch provides a mechanical advantage to applications through a lever-actuated mechanism which pulls panels together and holds them secure. In the Arianna lighting system, two draw latches are located on the side of the mounting bracket and installed using two rivets, enabling the safe fixing of the light to the cable trunk on the ceiling of the tunnel and the adjustment of the lights without the need to adjust the parts on the mounting bracket itself. It provides a standard solution which significantly improves the quality, usability and quick access to the system, making it easier for operators to install the light on the trunk and also to compensate for the tolerances in the existing trunks.

As it is small and compact, the TL – 40 latch provides greater flexibility for fixing the lights at different heights on the cable trunk. This means that Arianna can include a range of panel preparations with different mounting holes at varying heights and adjust them during the production process without having to use bespoke components every time to accommodate the different configurations of each trunk. 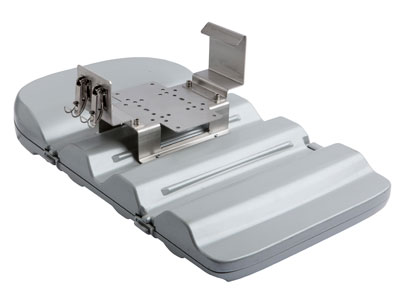 The TL – 40’s dual latch solution is highly effective at preventing accidental opening and the loss of lighting hardware in street tunnels. It also allows operators to open the lighting bracket with one hand, making it much safer and easier to use, for example when holding a lightbulb or lighting equipment in the other hand. Because the rivetsare captive the bracket cannot come loose.   Being made of stainless steel, the latch provides assured corrosion protection to meet the stringent requirements demanded by the harsh environment within the street tunnel. It also means that the lighting fixing performs safely and effectively throughout its lifetime.

The Implementation
Arianna have installed around 12,000 of the TL – 40 latches in the LED lighting system throughout street tunnels in Italy. The latch has enhanced and streamlined the process of upgrading the tunnels to LED lighting because it enables quick installation and operation. Working with Southco has also enabled Arianna to reduce the overall costs and time constraints of the project. Previously, Arianna had to fit mounting brackets of different sizes and design them and oversee the production process themselves. Arianna have also benefited significantly from Southco’s ability to respond swiftly to demand while supplying high quality products. They have gained a commercial advantage from Southco’s global network which provides locally-based technical support in Arianna’s native language alongside the production benefits of a global manufacturing and distribution network.

Arianna have expanded rapidly in less than a decade to become the second largest tunnel LED lighting business in Europe. Without Southco’s TL – 40 latch they would be unable to compete in applying for many project tenders.  The latch gives them the flexibility to provide a universal fixing to lighting trunks of varying size, age and type within a wide range of project tenders and enables them to respond more competitively to new business opportunities. The partnership has also led to an enhanced perception of Arianna’s business and brand, putting them in an even stronger position in their market.

The Results
Mabel Bilato, Marketing Specialist at Arianna, said: “We knew we were setting ourselves a challenge to identify a part which would meet all our requirements in upgrading to LED lighting in such demanding conditions. By working with Southco, we were fortunate enough to be able to identify a part which enhanced not only the design and performance, but also the overall durability of our lighting system. We were also delighted to find in Southco a partner who was there to support us throughout the process with local technical support and who was always prepared to meet our requirements. But the advantages go far beyond this project. We know that working with Southco is helping us to grow as a business and continue to offer our clients the highest standard of service.”