Could a natural material replace plastic? 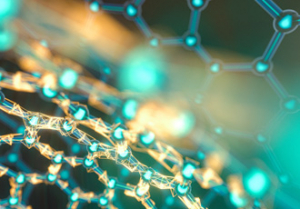 Teysha Technologies has created an infographic to show how its next generation of bioplastic can replace existing petroleum-based plastics. With CO2 emissions to grow by more than 2.75 billion tonnes by 2050, the burden that manufacturing plastics has on our environment is starting to be of concern.

The Centre for International Environmental Law estimates that only one percent of the 359 million tonnes of plastic produced each year are biodegradable. This is despite the media’s efforts to portray the ugly truth of beaches strewn with bags and bottles, and ocean life trapped by plastic rings from an eight-pack of lager. Less considered, however, is the impact of petroleum-based plastic production on the environment.

Oil and gas industries use fossil fuels such as ethylene and propylene, which release toxic gas and do not degrade. To tackle this, fuel industries created poly(butylene succinate), a biodegradable ‘eco alternative’. However, its status as being eco-friendly is debatable because of its petrochemical precursors.

“The trouble with bioplastic is that it traditionally lacks the strength, toughness and longevity of conventional plastic” explained Dr Ashlee Jahnke. “Alternatives derived from corn or sugarcane quickly fell out of favour because they are between 20 and 50% more costly to produce, and only degrade under certain conditions.

“Often, bioplastics still need industrial composting conditions, oxygen and microorganisms to biodegrade efficiently. In an ideal world this would not be an issue, but the UK doesn’t have the infrastructure in place to process bioplastics in a cost-effective way.”

Some of the world’s most renown food and beverage companies started experimenting with plant-based bottles, using bioethanol from renewable sources in place of fossil fuels, which, on the surface seemed a great idea. However, it sparked ethical concerns about diverting food, such as corn, crop to make plastic alternatives. Researchers also unearthed that the material degraded in the same way as traditional plastics and therefore not a sustainable alternative.

Low oil prices and a lack of political support globally has slowed progress in the bioplastics industry. Now more than ever, the world faces increased financial pressures because of the pandemic and attentions have been temporarily turned away from the global plastics crisis. Teysha see this as an opportunity for improvement.

AggiePol uses natural-product based building blocks to create bio-polymers which react and behave similarly to conventional plastics. Bio-polymers often have higher chemical diversity than typical hydrocarbons, meaning their physical, mechanical and chemical properties can be finely tuned. This allows developers to manipulate degradation rates, while boasting strength, toughness and durability.

As a second-generation bioplastic, AggiePol is capable of degradation, and can regenerate the natural-product building blocks. Not only could it replace ethylene-derived non-biodegradable plastics, but it could replace existing petroleum-based polycarbonates. Plenty of applications can benefit from this - from food packaging, cosmetics and pharmaceuticals to medical-grade implantation and textiles.