Raising health and safety standards in the workplace 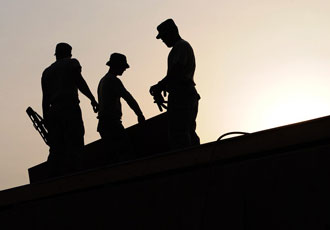 According to the Health and Safety Executive (HSE), 24% of non-fatal injuries suffered by construction workers in 2016-17 were caused by trips and low-level falls. Slips and trips account for the greatest number of accidents onsite and trailing cables are often the culprit. Astonished by the lack of products available to reduce the risk cables presented, Perry Coppen set out to elevate health and safety standards in the workplace.

Anyone who has ever worked on a construction site, attended an event when temporary structures have been erected - such as an exhibition, festival or concert - or just walked past a works area will be familiar with the sight of power cables trailing across the ground. Maybe they’re pushed to one side, taped down, covered with mats or carpeting, but they’re always there and always pose a risk of causing an accident.

Nowhere is this more apparent than in the construction industry, where people are not only working around cables all day, they also tend to be operating hazardous machinery or carrying awkward, heavy objects while trying to mind their footing. It’s no surprise, then, to see that a quarter of all minor accidents on sites are caused by people tripping over ground-level obstructions.

“I was on a work placement between my first and second years at university and when I was walking around a building site one day, I realised there was a big issue with trailing cables on these sites,” Coppen said.

“People were tripping over them and having accidents; it was a big issue then and it still is now. After seeing an accident nearly happen on the site, I went back to our office to see if I could buy a product to address the problem. But I couldn’t really find anything, either online or in the PPE catalogues - there was literally nothing to solve the problem of trailing cables. So, I thought this might be a bit of an opportunity to start a business and develop some of my own products.”

Several years on, Tidi-Cable provides a whole range of heavy duty cable management products designed to keep 110V cables safely out of the way. Most have a hookstyle design, with adaptations to suit various scenarios, plus there’s a ramp to protect cables from heavy vehicles and a walkway product to lift cables overhead.

But although the products look deceptively simple, achieving the right balance of simplicity and strength wasn’t an altogether easy process.

“There was an initial product called Tidi-Strip, which came as a metre-long roll - you would cut a piece off, peel off the protective paper on the back, stick it to the wall and it had a Velcro-held pocket that you could put the cables into,” Coppen said. “For a year I tried to push this product as being an amazing idea and people did buy it. But I think it was a bit too complex for what was really needed."

“Eventually I shelved that product and developed the two Tidi-Patch products. They both have adhesive strips on the back that you can stick to plastered or painted walls. One is temporary and when it’s removed, it doesn’t cause any damage; the other has a permanent adhesive, so if you stick that to a wall you’ll never remove it.”

Manufactured from polypropylene, the Tidi-Cable products are mostly Coppen's own design. After trying out expensive product design agencies, he took his own sketches to a plastic injection moulding factory who helped him to finalise his ideas. He also had some help from the Manufacturing Advisory Service as he developed.

“There were no real headaches in the process, but we did design the products so that they couldn’t be overloaded,” he said. “We didn’t want to create products that people could put 100 cables on and have it snap the plastic or pull the plaster off the wall or cause any other issues that would become safety hazards in themselves. So, we were very conscious of making products that couldn’t have too much weight put on them by design.”

If designing a solution has been relatively straightforward, prevailing attitudes in the construction industry have actually proved to be Coppen's biggest challenge. The HSE recommends that workers use cordless tools where possible; otherwise, power and lighting cables should be raised to a high level, particularly in corridors. Clearly, where plugged-in electricity is a requirement - from large tools, to power supplies at temporary events - trailing cables will continue to be an issue if they’re not dealt with."

“We spend a lot of time going to building sites and doing presentations, and we meet many construction workers who still say that trailing cables are one of the main reasons they fail their health and safety audits,” Coppen said. “But some people will still just kick them to one side, even in staircases and dangerous environments. I think it’s become a bit of an accepted safety issue for them. People see it as something that’s just there, so they get used to it."

“Very rarely do we meet someone who says ‘These products are useless.’ Sometimes they’ll say that they’ve always worked this way and it’s all fine. But although most people think the idea is good, it’s another thing entirely to get them to ask their buyer to purchase some.”

Hearts and minds seem to be the main factor here then, as it certainly isn’t cost. Prices for Tidi-Cable products range from £1.20 to about £2 and a small office project might only require 50 or so to make the site safe. A large job, such as a hospital, could need several thousand though, which is when construction managers might still be choosing cost reduction over safety.

But Coppen is determined to push ahead with his mission to reduce workplace accidents. Along with an ambitious plan to launch two new products every six months, he wants to support other companies that are fighting the good fight.

“We want to become a distributor for other innovative products as well,” he said. “I think that if, four years ago, I had come across a business like us and had been able to utilise their customer base and distribution network, that would have given us a massive boost. So, we’re going to keep bringing out our own products, but we’re also going to find other innovative products that fit into our customer base, to help other companies take off a bit quicker.”

Tidi-Cable has worked with Breakthrough funding, a company that helps UK SMEs achieve R&D tax credits - a government scheme created to enhance and reward innovation amongst UK businesses. Could you be eligible? Click here to learn more. 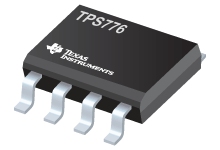 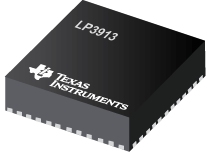 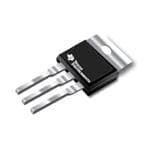