How to implement safety laser scanners and prevent accidents 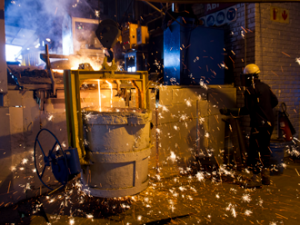 Safety laser scanners are a great option to keep workers out of hazardous areas without using barriers, fencing or caging. At their core is an optical sensor that uses pulsed laser light to scan the surrounding area, prompting a dangerous machine to stop if it detects an intrusion. These versatile systems can effectively improve safety on the factory floor, but to fully reap their benefits, manufacturers must mount and configure them correctly. Here Neil Ballinger, Head of EMEA at EU Automation, offers some tips for correct design and installation.

Safety laser scanners are part of the Electro-Sensitive Protective Equipment (ESPE) family. They use time-of-flight technology, meaning that they can calculate the position and distance of an obtrusion - such as a worker’s limb - based on the time it takes for a laser beam to bounce off it and return to the unit. If the distance is shorter than the established threshold, the system will cause the machine to stop.

Safety scanners can be mounted vertically or horizontally, they can cover odd-shaped areas that would be difficult to protect with less flexible solutions, such as light curtains, and can be used for several applications, from cutting tools to Autonomous Guided Vehicles (AGVs).

Because of their versatility and unobtrusiveness, they are widely popular in manufacturing. But to ensure that they fully protect your workforce, there are some simple rules to follow.

Design with safety in mind

When installing a new machine, safety should be a top priority. It’s important to assess potential hazards and identify adequate risk mitigation strategies before the machine is in place, not after. Incorporating a safety system during the design phase ensures that all dangerous areas are properly safeguarded, and will also represent the most cost effective solution in the long-run.

In the case of laser scanners, if you complete the whole machine set up and think of the scanner as an add-on to incorporate in the final stage, you might end up with many blind spots that will need to be either blocked with a barrier or covered with a second scanner, when one could have been enough.

If mounted incorrectly, laser scanners might not recognise body parts and expose workers to risks. The scanner should be mounted in such a way that workers’ limbs cannot go undetected, for example because they are under, too far above, or behind the laser beam.

Another important parameter is the scanner’s multiple sampling. This refers to how many times an obtrusion has to be detected before the machine is shut down. This value is usually X2, but a higher value can be chosen to reduce the chances that insects or production scraps might cause the scanner to stop the machine.

However, it’s essential to keep in mind that increasing the multiple sampling adds a delay to the system, so the protective area might need to be bigger to give the scanner enough time to react. To determine the correct size of the protective area, it’s essential to perform a new response time test every time that the multiple sampling value is changed.

Finally, keep in mind that, like all ESPE devices, laser scanners must be regularly inspected and tested by a qualified expert to ensure that components have not deteriorated and that the system can still offer the required level of protection.