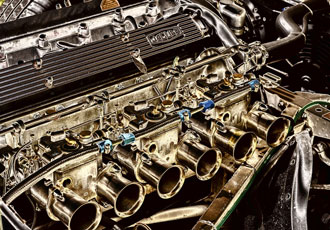 The mechanical device at the heart of an automotive engine is also known as the Crankshaft. It has the ability to convert linear reciprocating motion of piston to a rotary motion for engine power transmission. These are widely used in automotive field, such as in cars, trucks, trains and in other automobiles. Without crankshaft it would not be possible for a vehicle to move even inch, since it is the main link between input powers to the output powers.

Further, automotive crankshaft has multiple applications in different sectors such as automobile sector, industrial machinery sector and in printing devices.

Europe accounted for the highest percentage share, more than any region in 2016 in crankshaft market. After Europe, North America, accounted the second highest position in revenue among other regions.

Asia-Pacific comprises of some fastest emerging economies such as India and China. These regions are having far more demand than the other countries, and includes the higher demands for heavy commercial vehicles and high end luxury vehicles along with others vehicles. Considering all these factors, during forecast period, the global market of automotive crankshaft, in Asia-Pacific region will be growing further at an extreme pace.

Upcoming years will appear as golden era for the automotive crankshaft manufacturers in Asia-Pacific region due to significant opportunity for them to expand their business.

Growth drivers and challenges
The growth of automotive crankshaft market is driven by the soaring demand for high end performance vehicles. Further this led all the market players to come up with quality part products for the high end performing engines, and to lead the market as well.

The high earning consumers and their high purchasing power are also propelling the growth of the automotive crankshaft market in a very positive way. Further change in lifestyle of the consumers guided them to demand for better products. These factors are now forcing the market players to come up with something much better than previous products and with better qualities.

The growth of tourism sector has also given the boost to the global automotive crankshaft market due to the demand for large number of automobiles on road.

However, significant investment on research and development activities while manufacturing crankshaft is anticipated to hamper the growth of automotive crankshaft market during the forecast period.