The buzz around drones in the oil industry 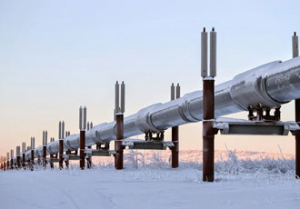 A bee can travel over five miles and then remember its way home, despite possessing a brain the size of a pinhead. Scientists have been putting them in virtual reality simulators to help improve Unmanned Aerial Vehicle (UAV) or drone technology. While the honey bee currently has the edge, drone technology is catching up. Here, Chris Johnson, Managing Director at SMB Bearings, explains the potential value of drones for maintenance inspection of oil pipelines and cooling towers.

Currently, around 70% of this market is made up from rotary blade type UAVs. The rapid growth of this technology will be encouraged by positive spill overs from the military sector and the possibilities opened up by 5G.

The potential for drones to revolutionise the world of maintenance is clear. They certainly pass the ‘D test’: tasks that are dirty, dangerous and dull could all be left to drones. There are many applications for drones and maintenance, but two fantastic examples that illustrate the potential are the inspection of oil pipelines and cooling towers.

From Alaska to the Niger Delta, oil pipelines are often located in inhospitable or even dangerous environments. In addition to their vast size, this fact makes maintenance through visual inspection a dangerous task. By handing the task of visual inspection over to drones, human workers are no longer in harm’s way.

Due to their size and agility, drones can capture images and video where maintenance engineers couldn’t ordinarily reach. As well as capturing high resolution visual data, drones can be equipped with other sensors to monitor pipelines, such as thermal imaging or ultrasound inspection.

However, making the task of maintenance safer is not the only incentive. Early investors in the technology are seeing significant cost savings. Although it is difficult to quantify the precise saving, research by Roland Berger has estimated that the use of drones has cut maintenance times from eight weeks to five days.

You don’t have to watch a Netflix show about a post-apocalyptic future to see UAVs hovering through abandoned industrial structures. In the world of maintenance engineering, drones are already being used to survey vast structures like cooling towers.

Traditionally, this dangerous task would have been carried out by a team of steeplejacks, using cradle access suspended from the top of the tower. It would take two to three weeks. In contrast, one company recently used drones to collect enough data for a 3D model of three cooling towers with the precision of 1mm in a single week.

Something to bear in mind

If maintenance engineers are to exploit the benefits of UAV technology, keeping the drones in tip-top condition will be essential. Talk of future tech should not let us forget that drones still rely on high quality conventional components like bearings to pull off the feats described above.

Given the costs of failure are so high, high quality Precision EZO bearings are often specified for drone motors due to their inherent low noise and vibration characteristics. EZO shielded bearings are lubricated with low noise, low torque greases. Lifetime lubrication reduces the risk of accidentally over or under lubricating your bearings, as this is a leading cause of bearing failure.

Many oil installations face significant risks from corrosion. Bearings too, need protection from corrosion. If your drone is operating in an environment where this risk exists, speak to a reputable supplier like SMB Bearings for the best information on bearing choice for your application.

Drones and honey bees are becoming more alike. The buzz surrounding drones is only set to grow and their use in monitoring and maintaining oil installations will allow the oil industry to improve worker safety, reduce the time taken to complete key maintenance tasks and realise substantial cost savings.

However, making sure the drones themselves are as well maintained as the pipelines and oil towers they look after, will require high quality miniature bearings from a reputable supplier.