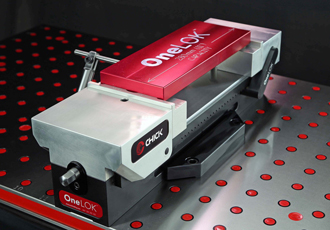 1st Machine Tool Accessories will show its extensive range of products for raising production output and maximising return on investment from machine tools, at MACH. A theme of this year’s stand, H20-560, will be the company’s ability to provide an array of customised solutions. Such bespoke equipment can solve complex production problems or, in standard applications, substantially reduce set-up and idle times. The results are extra versatility, fewer clampings and higher levels of efficiency, accuracy and repeatability.

Specific innovations will be announced, including the availability of a new zero-point clamping system from the Czech Republic under a new agency agreement with V-Tech; and Industry 4.0 functionality for bar magazines manufactured by Iemca, Italy, which is represented in the UK and Ireland by 1st MTA. 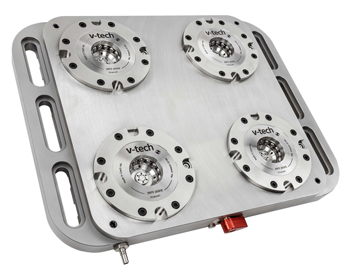 Intended primarily for highly accurate, safe clamping of workpieces on CNC machining centres, the pneumatic, quick-change system features powerful, 24kN retraction of the clamping pin in each receiver and a positioning accuracy of better than 5µ.

Mechanical vices, clamping chucks and bars, and special workholding fixtures can be accommodated in the receivers and positioning slots allow precise 90° indexing. The self-clamping mechanism, which uses high power springs to secure the workpiece and fixture, ensures that the force is still applied after the air has been disconnected. Pneumatic power is only required again for release.

The high clamping force of the receiver is made possible by the design of the pneumatic piston, the shape of which is optimised for even distribution of contact whilst maintaining compact dimensions. Clamping bases are available to hold one, two, four or six receivers, which are 135mm in diameter but only 41mm high, so little Z-axis travel is lost.

Advances in bar feeding
Iemca, which manufactures short and full-length bar magazines, is known for introducing regular upgrades across its product range and for creating new technical solutions to improve functionality, reduce set-up times and shorten lathe cycles. Latest announcement is that an Industry 4.0 connection is available for any new Iemca barfeed, allowing constant remote analysis of its condition and operation. Data is continuously transmitted via an internet link to a PC, tablet or smart phone.

Other recent innovations include a 7" LCD touch screen as an alternative to the standard hand held control on most Iemca products; new software on the KID 80+ short magazine that allows synchronous component transfer between the main and sub spindles at full speed to reduce cycle times; a new Elite barfeed that allows full-length, thin bars down to 0.8mm diameter to be handled; the Master 80 HD UP, on which bars weighing up to 18kg are loaded at an ergonomic height; and the rail-mounted Caddy rack and bundle system extensions to the Boss barfeed, the former giving two metres of capacity while the latter allows two tonnes of material to be loaded.

An Industry 4.0-compliant Boss bar magazine with bundle loader will be demonstrated on the stand at MACH. 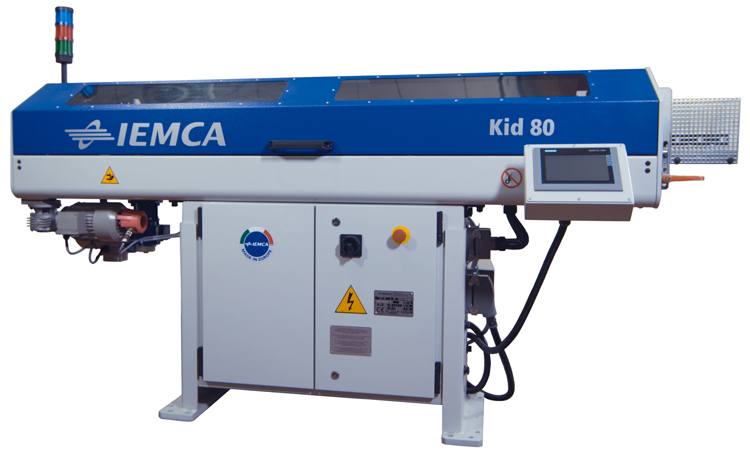 Rotary tables and workholiding
1st MTA will promote its Kitagawa sole agency range rotary tables, which add 4th and 5th CNC axes to a 3-axis machining centre. The number of separate machining operations needed are consequently reduced, improving component accuracy and increasing the complexity of parts that can be produced.

On show will be the Japanese manufacturer's latest TT150 tilting type compound table with 150mm faceplate. It is designed to be interfaced directly with a machining centre control or operated via a MAC mini controller. Featured also will be the heavy-duty GT series models that deliver extreme rigidity, fast operation and clamping torques up to 2,800Nm. Dozens of table variants are available, including multi-spindle versions for machining several components at once. Table diameters range from as small as 100mm up to 630mm.

Another area of Kitagawa's business is workholding, illustrated by the recent introduction of the KEM series of expanding mandrels for ID clamping, allowing full access to the outside profile of a component for machining. The number of operations can be reduced and the Takt time shortened, leading to more economical production and better accuracy.

A typical example of a special workholding arrangement using this equipment is a dual sleeve expanding mandrel mounted on a lathe for internally gripping thin-wall pipe. Parallel expansion offers optimum accuracy and grip force and the expanding sleeves are fully sealed for complete protection.

An extended range of collet chucks from Kitagawa will also be promoted including standard short and long versions as well as quick-change variants, along with steady rests for shaft machining on lathes and grinding machines.

Chick parts clamping is flexible and fast
The US workholding specialist, Chick, represented in the UK exclusively by 1st MTA, offers a number of versatile solutions for clamping products quickly on a machining centre. For example, an Indexer SubSystem (ISS) will be demonstrated to show how more components can be presented to a spindle by adding a fourth axis, a configuration that has the potential to increase a manufacturer’s profitability enormously.

The system on a vertical machining centre typically comprises four Chick Qwik-Lok twin-station workholding units mounted on the faces of a Multi-Lok square section column held horizontally between a rotary indexing table and a tailstock clamped to the machine table. On a horizontal-spindle, 4-axis centre, the Multi-Lok is clamped to the rotary table.

In this way, a minimum of eight components can be milled and drilled in a single CNC program, while if machined soft jaws are used, many more can be offered to the spindle, resulting in fewer tool changes per component and even more efficient production.

Another Chick product on show will be the latest lightweight versions of its One-Lok clamping system, which is a superior alternative to the conventional, wind-up vice. 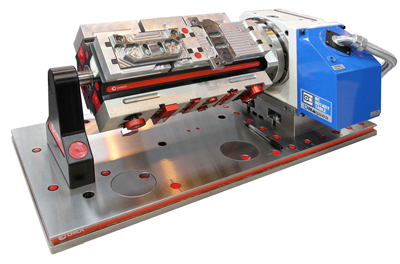 Available in two sizes, 400mm or 500mm long, they offering maximum gripping lengths of 180mm and 280mm respectively. Improvements include a lowering of the clamp profile from 150mm to 134mm, which allows longer spindle travel in the Z-axis and also approximately halves the unit's weight for easier handling. To this end, an ergonomic handgrip has also been added at either end.

The moveable jaw can be adjusted quickly and conveniently, as it can now be slid over the QwikSlide ratchets using one hand rather than two. A few turns of the handle move the jaw in the same direction over the last few millimetres to complete the clamping action rapidly.

Paul Swann, owner and president of Chick says that payback on the cost of a One-Lok in an average job shop, based on increased output from expensive machine tools, is typically three months.

Magnetic workholding
To underline its pre-eminence in the workholding sector, 1st MTA will also present permanent-electromagnetic clamping systems and materials handling products from Italian company, Tecnomagnete. The electrical supply is connected for only a few seconds to activate and then deactivate clamping of the workpiece, which during machining is gripped by the power of the high-energy permanent magnets.

There will be a focus on the company's range of compact, low profile MillTEC Grip magnetic workholding systems for 5-axis and 5-sided metalcutting applications. The low-profile, frameless elements have a double magnetic circuit that allows uniform clamping between the workpiece and the magnetic surface and at the same time between the magnetic system and the machine table.

A patented feature is the sealed construction with a monolithic, uniform, all-metal top section into which an array of magnets is embedded for holding down workpieces. There are no inserts, sealing resin or any filling compound, so the electric circuitry and magnets inside are protected from contaminants, leading to long, trouble-free life.

MillTEC eliminates bending and deformation that can be caused by mechanical clamping, ensuring stability and structural uniformity of the whole assembly. It leaves five sides of a component freely accessible for milling and drilling and the light weight of the clamping system means that heavier components can be processed for a given maximum table load. 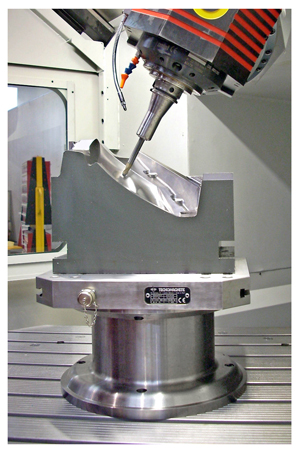 Darex, the US manufacturer of drill sharpening equipment represented in the UK solely by 1st MTA, offers the bench-top XPS-16+ 4-axis CNC machine, a collet chuck version of which will be demonstrated.

Faster and more accurate than its predecessor, it can process two-fluted high-speed-steel, cobalt, carbide and coated bits from 3-16mm in diameter and can create any point angle from 90° to 150° as standard. The unit also sharpens split point geometries and complex, 4-facet point drills and can automatically hone carbide drills for high cutting precision. The CNC system allows the user to customise point styles and save the program for future use.

Further improvements over the previous model include an increased number of stored drill files; users can save up to 100 geometries. The upgraded machine also allows the user to choose between no-split, X-split, R-split and the new split-only option. The start of the grind position has been incremented, resulting in more efficient use of the abrasive for longer wheel life. In addition, greater resolution has been added to the motors for improved surface finish.