Nearly 50% of energy consumption in Sri Lanka’s tea manufacturing is through the withering process - the method used for drying tea leaves. The costs of this process have been almost halved in many cases, along with the industry’s impact on the environment, thanks to the use of Invertek Drives Optidrive Eco VFD (Variable Frequency Drive) technology.
1st May 2020 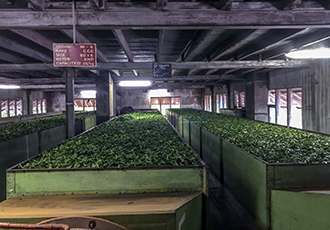 It has been announced that UK based Invertek Drives is helping create significant efficiencies and savings in the world’s fourth largest tea producing country as part of a project to reduce greenhouse gas emissions.
26th July 2018

New Industry 4.0 technologies will be on display at SPS drives 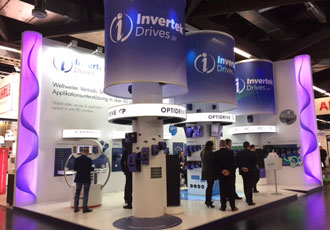 Showcasing its entire range of variable frequency drives, Invertek Drives will also be highlighting the company’s new Industry 4.0 technologies as it returns to SPS IPC Drives in Nuremberg for the ninth time in November. The Welshpool-based company can be found on Stand 349 in Hall 4 at SPS IPC Drives 2017 which this year focuses on digital transformation.
2nd October 2017 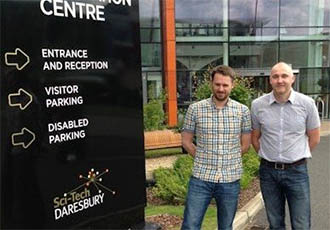 Product design company 4D Products is working with Invertek Drives to supply development services on a range of its industrial electronics enclosures. Invertek Drives is a global manufacturer of Variable Frequency Drives (VFDs/AC drives) for energy efficient control of variable speed electric motors. 4D Products developed the enclosures with a quick turnaround for a trade show at which Invertek wanted to test reaction to the new product concepts.
29th September 2017 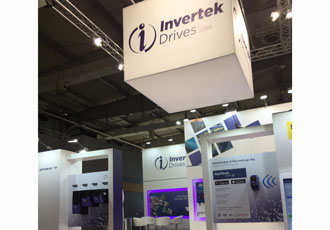 Launching a new range of outdoor rated general purpose drives and Industry 4.0 Enabling Technologies, Invertek Drives made an appearance at HANNOVER MESSE 2017. The new Optidrive E3 IP66 Outdoor Rated range of fast set up, easy to use drives boasts a range of features designed specifically for outdoor applications, was unveiled on Stand K11, Hall 14 during the show which attracted more than 6,500 exhibitors from all over the world.
4th May 2017

Variable frequency drives from Invertek on show in Holland

Exhibiting at the AQUA Netherlands trade fair is Invertek’s Netherlands sales partner, Hiflex Automatiseringstechniek, which takes place 21st-23rd March in the Events Hall in Gorinchem. Hiflex will be on Stand 304 at Holland’s most successful water trade event and will be displaying the latest developments in the field of optimal pump control and the energy savings available through the use of variable frequency drives.
15th March 2017 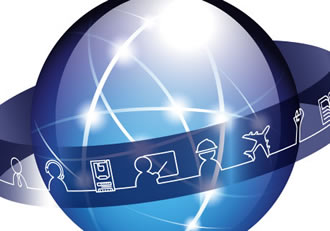 Exhibiting twice in Poland in March, Invertek Drives have just celebrated selling one million variable frequency drives, and said it seeks to further develop a growing market in the country. First the company will be exhibiting at the 15th anniversary edition of Forum Fan – Air Condiitoning Salon 2017, running from 7th-8th March, and second at Automaticon 2017, for the third year in a row, with both events being held in the country’s capital Warsaw.
15th February 2017

Reaching the milestone of selling in excess of one million variable frequency drives worldwide, Invertek Drives are celebrating. The current production rate is in excess of 160,000 units per year showing an annual growth rate in production of over 20%.
3rd January 2017

Demonstrating the firm’s variable frequency drives, is Automation Experts, Invertek’s sales partner for Greece and Cyprus, at Syskevasia 16 which is being held in Athens from 8th-11th October. ‘Reference Point’ – the 15th International packaging, machines, printing and logistics exhibition taking place at the Metropolitan ExpoCenter will see Invertek’s P2 and E3 drives will be on show.
14th September 2016 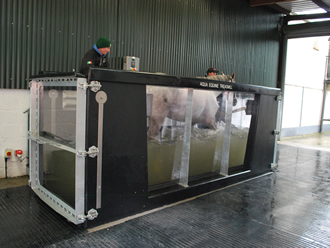 An aqua treadmill has been developed for racehorses to combine the benefits of hydrotherapy with walking on a treadmill, to help them recover from injury quicker.
11th July 2016

When a specialist supplier of concrete surface preparation equipment in Australia was having problems with the reliability of one of its floor grinders, Invertek’s Optidrive E3 was able to provide the perfect solution.
15th March 2016
First Prev   Page 1 of 1   Next Last