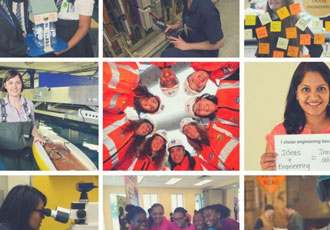 The winner of the Karen Burt Award 2017 has been announced by the Women's Engineering Society as the candidate nominated by the Institution of Chemical Engineers, Madeleine Jones of Sellafield. This prestigious annual award for a newly chartered woman engineer, now in its 19th year, recognises the candidate's excellence and potential in the practice of engineering, highlights the importance of Chartered status, as well as offering recognition to contributions made by the candidate to the promotion of the engineering profession.

Sally Sudworth, Chair of the Judges, Karen Burt Award 2017 said: “The judges were particularly impressed with the work that Madeleine Jones has undertaken in implementing improvements to the Magnox facility at Sellafield. Her passion for her work came across very clearly. Her role as a student ambassador in promoting engineering to school children is impressive, as is her mentoring of engineering graduates at Sellafield. Madeleine’s support for her professional body, the Institution of Chemical Engineers, is impressive as was her involvement in a BBC documentary about Sellafield to help promote engineering and the nuclear industry. The panel was also impressed with Madeleine’s active role on the industry advisory board for the engineering and applied science department at Aston University.”

Madeleine Jones said in her acceptance speech: “I am delighted to receive the Karen Burt Award and hope that I can continue working with WES and IChemE to support and inspire more women to choose interesting and fulfilling careers in engineering.” 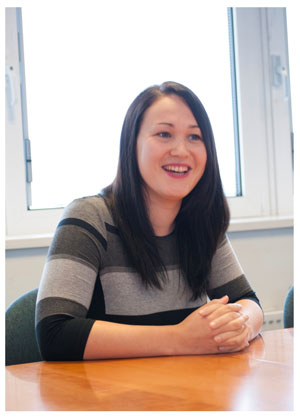 Kirsten Bodley, CEO of the Women’s Engineering Society (WES) said: “WES supports women to reach their potential in engineering and succeed at all stages of their careers. Through the Karen Burt award we recognise the achievements of an exceptional early-stage career woman engineer and highlight the need to continue to promote engineering as an inspiring career open to all. My congratulations to Madeleine – her contributions to the profession are outstanding.”

Jacob Ohrvik-Stott, Policy Officer (Diversity and Inclusion) at the Institution of Chemical Engineers said: "As an organisation committed to championing the role of women in engineering IChemE is delighted that Madeleine's achievements have been recognised with the Karen Burt Award. Her outstanding work with the IChemE North West Member group and beyond shows the invaluable contributions our members make to IChemE and the engineering sector. On behalf of IChemE I congratulate her on this well-deserved award."

The Karen Burt Award 2017 was presented to Madeleine Jones on 5th October at the WES Caroline Haslett Lecture, held at the Institution of Mechanical Engineers in London, given by Professor Isobel Pollock-Hulf OBE. This year’s lecture was entitled ‘Measuring Success’

Four other prizes will also be presented at the awards ceremony, including the inaugural Men as Allies Award.

Sarah Peers, Vice President of WES and chair of the judging panel said: “Our first ever Men As Allies award winner is the tweeter-par-excellence Will Whittow, lecturer at Loughborough University. He not only impressed us with his advocacy of women in engineering and the reach he has achieved, but he inspired not only one but four separate nominations!”

Whittow commented: “I’m genuinely delighted and honoured to win this award. There are so many incredible people who work tirelessly to promote women in engineering. Engineers will imagine, engineer and develop the next generation of intelligent transport and manufacturing; advanced communications; healthcare for an ageing population; renewable energy for the planet; robotics for virtually everything; and so much more.  Engineering is everything and for everyone. We need to inspire all the talent to engineer a better world.”

Amy Johnson Inspiration Award
The winner was Dr. Alice White, Wikimedian in Residence, Wellcome Trust. Sarah Peers, Vice President of WES and chair of the judging panel said: “Our 2017 Amy Johnson Award winner, Alice White impressed us with the impact of her work as Wellcome Wikimedian in Residence. Her wikithons have taught hundreds of people how to get the stories of women in science and engineering online and making significant changes to Wikipedia content.”

The Gillian Skinner Award 2017 was awarded to Jo Douglas and Adriana Vargas and the winners of Isabel Hardwich Medal 2017 were Milada Williams and Linda Maynard. All four are very active members of WES and the awards are in recognition of their huge voluntary contributions to the organisation.