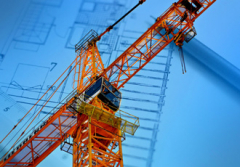 Britain’s manufacturing industry is urging the Chancellor to pull every financial lever at his disposal in his forthcoming Summer Statement and put Industry, skills and job creation at the forefront of plans to rebuild the economy with skills, green and digital technologies at its heart. The call by Make UK in its submission to the Treasury comes on the back of data from its latest Manufacturing Monitor survey showing the number of companies planning to make redundancies in the next six months has jumped from a quarter at the end of May to 42%.

A further third (31%) say redundancies are possible with just over a quarter (27%) ruling them out. Almost one in ten companies (8%) say they plan to make between a quarter and half their employees redundant with 29% planning to lay off between 11% and a quarter.

This suggests that in some sectors companies have judged that demand is unlikely to recover for some time, if at all, and are now moving from furlough to implementing restructuring plans.

In response, Make UK is calling for immediate measures to ease the cost base for companies and safeguard as many jobs and key skills as possible. These include relief on Business Rates for industry similar to that already granted for the retail sector and extended time to pay VAT and PAYE costs which have been deferred. In its survey, 61% of companies said reducing Business Rates was the number one priority for Government to help.

In addition to re-iterating calls for a National Skills Taskforce to support employees in the sector who are made redundant Government should expand the eligibility of the National Retraining Scheme (NRS) so that it is accessible to anyone at any skill level, and at any age. Government should also remove the requirement that the worker has to leave their current job before they can access training from the NRS with another employer. In addition, Government should also fund the employer-led training element of the NRS for up to 12 months.

Stephen Phipson, Make UK Chief Executive, said: “Conditions are still very tough for many companies with disruption likely to continue for some time. This has led some to reluctantly conclude that with demand unlikely to return for some time, if at all, they are moving to the painful choice of redundancy. In the short term it’s essential that the Chancellor uses the full armoury of economic weapons at his disposal to safeguard as many jobs and livelihoods as possible.

“The economy will emerge from this pandemic and, as it has shown during the crisis, Industry will be the sector to which the nation will turn to re-purpose and rebuild toward a greener and sustainable future. Science, engineering and digital technologies have been catapulted centre stage and the Chancellor has the ideal opportunity over the next few months to set out his vision for a rebooted economy.”

According to the Manufacturing Monitor there are tentative signs that some of the worst indicators may be easing slightly. The number of companies reporting loss of sales and orders in the last two weeks was 68% and 61% respectively, both down around by around ten percentage points since the early part of the crisis.

The number of companies expecting a return to normal trading conditions over more than a year has also dropped from just under four out of ten to below a third. However, 42% of companies said their sales are still down by between a quarter and a half, showing that the painful economic conditions are still being felt.

In response, as well as the immediate actions to reduce costs and safeguard jobs Make UK has set out proposals to begin the process of rebuilding the economy, making the most of investments in green technologies and digital skills in particular. Key recommendations include:

To mitigate the impact of an acute skills crunch in the coming years, Government should: