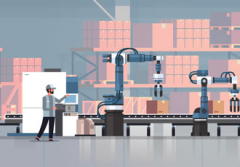 Britain’s manufacturers have warned that some of the UK’s most economically deprived regions and so-called ‘red wall’ constituencies are at risk of a triple whammy hit to their economies in the event a comprehensive new relationship with the EU is not concluded by December. This is according to new analysis of regional manufacturing performance published today by Make UK, the manufacturers' organisation and business advisory firm, BDO LLP.

The annual Make UK/BDO Regional Manufacturing Outlook examines manufacturers' contribution to economic regions of the UK in terms of output, jobs and investment. It highlights that those regions with a high dependence on exports to the EU, as well as a higher than average dependence on manufacturing,are likely to be most at risk from 'no deal' with barriers to trade and tariffs. This will compound the damage already being caused by COVID-19.

In response, Make UK is reiterating its call for the Government to work with industry and other stakeholders at a national and regional level to bring forward a National Recovery plan at scale which targets key strategic sectors and the regions which are going to be hit disproportionately hard.

Commenting, Stephen Phipson, Chief Executive of Make UK, said: “Should the UK fail to reach a comprehensive trade agreement with the EU then those regions with a high concentration of manufacturing and, a dependence on Europe as a major market, will suffer a triple hit given the impact of Covid 19. For some companies the combination may prove fatal.

“As such, it is now essential that Government works with industry and other key stakeholders at national and regional level to bring forward a National Recovery Plan to prevent the levelling up agenda going into reverse. We are now at a tipping point in how we build a recovery and a post Covid economy. If that means tearing up the rule book on adopting a new approach to policy then so be it, nothing should be off the table.”

Tom Lawton, Head of Manufacturing at BDO added: “The manufacturing sector plays a vital role in the UK economy, but many operators have been knocked sideways by the dramatic drop in demand caused by COVID-19, with the automotive and aerospace sectors particularly badly hit.

“Manufacturers now urgently require the Government to conclude a deal with the EU that protects their position and allows them to plan for the future. This needs to be underpinned by a long term support strategy to help them through the transition and beyond. Failure to do so could prove very costly indeed - particularly in those areas most reliant on EU supply chains and the Continental export market.

“Recent announcements suggest that the Government is overly focused on building as an antidote to the COVID-19 problems but it does need to remember the vital importance of manufacturing as an employer and creator of export wealth for the country.”

According to the analysis Wales (almost two thirds), the North East and Yorkshire & Humber (both just under 60%) have a very high exposure to trade with the EU. Combined with the fact the contribution of manufacturing to the economy overall in Wales and the North East is significantly above the national average (17% and 14% respectively), the risks of 'no deal' are likely to be felt disproportionately by these areas in particular. The East Midlands is also not too dissimilar with manufacturing accounting for almost 16% of its economy and the EU being its biggest market accounting for half its exports.

According to Make UK, given Wales and the North East both contain some of the most economically disadvantaged areas of the UK, a hard Brexit is likely to prove especially damaging for these areas in particular.

For example, London and the South East was the best performing region in the last year and, to date has been the least impacted by COVID-19 due to its exposure to electronics and the increasing global trend towards investment in 4IR related technologies such as robotics and artificial intelligence. It also has a growing food and drink sector which is the second largest sub-sector in London and the South East.

By contrast the ongoing difficulties in the automotive sector are having an ominous impact on manufacturing and those regions most closely linked to it. This has notably impacted on the West Midlands where a third of regional manufacturing output is accounted for by other transport, mainly motor vehicles which is worth £7bn in GVA to the region. The East Midlands has also been severely impacted with its concentration on automotive and aerospace, despite the region having a substantial food and drink sector which accounts for over a fifth of output (22.9%)

The North West has also been hit with its exposure to aerospace and automotive though strong pharmaceuticals and chemicals sectors which between them account for almost 30% of regional output have to some extent cushioned the impact on the region.