Will 5G be a game changer for SCADA? 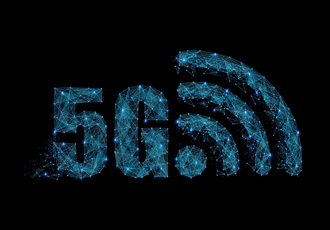 The introduction of 5G promises great things not just for personal mobile communications, but also for business and importantly - plant automation. Carl Nash, technical director at Products4Automation, examines the use case for 5G in a SCADA context - looking at how it can pave the way for increased performance and greater functionality in plant automation, with simpler implementation than traditional wireless networks.

The utilities sector was an early adopter of cellular networks, coming to rely on GSM as an enabler for monitoring of remote assets. In water applications in particular, this allowed operators housed in a single control room to monitor assets such as pumping stations often kilometres apart, using a central SCADA platform.

Wider adoption of cellular technologies has seen features such as the ability to send alarms, error warnings and general status updates to individuals using SMS text messages, while 3G and 4G cellular networks and web clients have made machine-to-machine communications, and monitoring using mobile devices possible as part of the Industrial Internet of Things (IIoT).

Just as these network advances have been an enabler for easier wireless communications between automation systems and devices, so they have also been a barrier due to functional limitations. The latest generation of cellular networks, 5G however looks set to remove that barrier, supporting higher speed, higher bandwidth communications with improved reliability and very low latency.

This paves the way for numerous new use cases in plant control and process automation, and it could have a disruptive impact on the wireless connectivity market. Indeed, there is the potential for 5G to become a de facto standard for wireless communications throughout the plant, from field level right up to the cloud and all layers in between. Support for the likes of Industrial Ethernet will accelerate its uptake in plant automation, enabling simple integration with a complementary wired infrastructure.

In the context of a plant’s SCADA system, superior mobile broadband on 5G could bring substantial cost reductions for enhanced capabilities being applied to plant asset management. Removing the need for hundreds of metres of wired IO, 5G massively expands the potential for decentralised control and wireless sensor networks. Further, the ultra-reliable, high speed and low latency communications promised by 5G could open up the possibility for wireless solutions to be used for closed loop control in process automation. 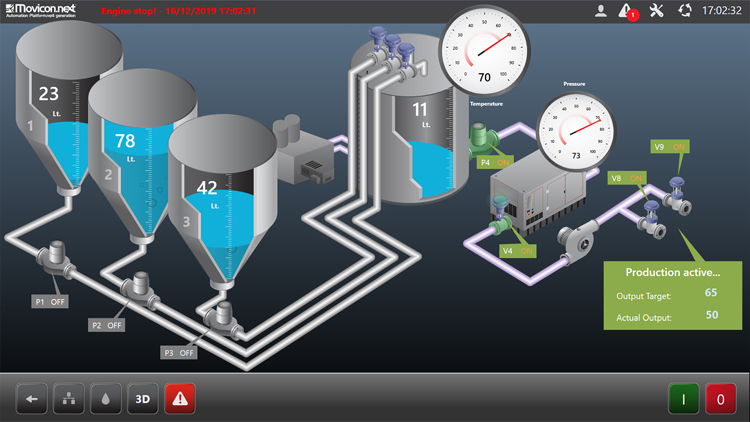 As the first practical mobile communication technology for automation, 5G offers performance as high as 20 gigabits per second (up to ten times faster than current 4G networks), 5G offers significant potential as an enabling wireless technology for applications that generate and rely upon big data. As we journey towards an era of Industry 4.0, 5G will inevitably come to complement SCADA as a key building block for the smart factories of the future.

5G could provide a route for allowing devices and processes to be rendered intelligent, with SCADA providing the mechanism for aggregating this data to form the interface between the IT and OT worlds within a plant. SCADA could then be exploited to a much fuller potential, freeing up communications from the limitations of both wired and existing wireless infrastructures. There are limitations to 5G however; some plants are electromagnetically noisy and so mobile signal strength will be an issue, likewise critical automation systems will always use the most reliable control method and have redundancy built-in. Where this isn’t the case though, we may well see many traditional wired Ethernet or Wi-Fi applications migrate to cellular technologies based on 5G.

SCADA packages such as Movicon 11 from Progea, represented in the UK and Ireland by Products4Automation, have long offered solutions for deployment on HMI devices based on Windows CE, providing Compact SCADA on the likes of PDAs, palmtop PCs, tablets and other wireless systems. With the latest modular SCADA platforms such as Movicon NExT in play 5G communications massively enhances the potential of these systems to play a bigger role not only in the monitoring of plant functions, but also in the real time control of these processes.

We can see then that 5G will bring significant new possibilities to plant control and process automation, not simply providing the wireless communications technology of choice in a SCADA context but conceivably even removing the need for or reliance upon wired communications in many applications. With its high speed, low latency and promised ultra-high reliability, from a plant control perspective and with an eye on Industry 4.0, the roll-out of 5G cannot come soon enough.