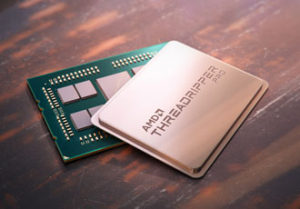 With gaming on the rise in Europe, games aren’t just keeping players occupied in lockdown - they’re keeping engineers and developers busy creating these worlds right from their homes. However, productivity is at stake when the pandemic has forced them to work remotely. Because of the limitations of the computer hardware used in homes, teams are often left with less time to create and test new features.

With more powerful technology that can keep up with them, teams are able to focus their time and talent to more creative, higher-value work.

AMD has announced a new case study with Epic Games - the company behind Fortnite as well as Unreal Engine 4 which was used in The Mandalorian, Star Wars: Rise of Skywalker, HBO’s Game of Thrones, and Westworld. Staying at the top of the game design industry takes a combination of creative flair and strategic implementation of tech that helps teams to embrace remote working. That’s exactly what Epic achieved with AMD.

Epic Games needed to enable engineers to work quickly and effectively from home during the pandemic, and started to deploy Threadripper and Threadripper PRO workstations. The new Threadripper CPUs have so many cores and offer so much speed, the team’s engineers and developers have been able to work on multiple projects at once - unlike before.

“While users at the office were saving 10 to 15 minutes,” said Pat Swanson, an IT engineer at Epic Games, “Users at home were saving hours. After that, many users were so excited about the numbers their peers were getting, they went out and bought their own Threadripper CPUs for their setups at home.”

The Epic team reports that switching to Threadripper CPUs has generated huge excitement. “There’s nothing else that can compare to what the Threadripper 3990X CPU does in any price range,” said Swanson. “I could ask another manufacturer to send me a $20,000 chip, and the Threadripper is still going to match it or beat it. It’s not that money is a barrier here, but the price-performance ratio is lopsided. It’s a no-brainer.”

Epic Games needed to streamline the code compiling process and achieve faster iteration and shading times. Being able to quickly compile and iterate code was critical to quality, but the team just couldn’t find a solution that offered both high clock speed and high parallelism simultaneously.

Replacing previous workstation CPUs with AMD Ryzen Threadripper was 'a watershed moment'. For Unreal Engine, in an internal engine build test of software executables, competitor CPUs took 46 minutes and 43 seconds, whereas a Threadripper 3970X with 32 cores took a mere 15 minutes and 12 seconds - less than a third of the time.

“Using Threadripper, we’re able to compile the engine much more quickly than we could previously,” said Nick Penwarden, VP of Engineering at Epic Games. “That’s a huge efficiency boost for all the engineers on the team. The less time they’re spending compiling code, the more time they can spend actually developing features, testing the functionality, and working on improving Unreal Engine.”

Check out the case study.