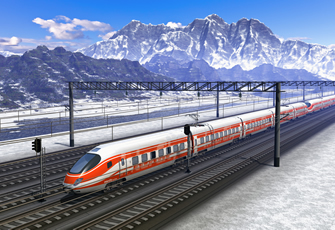 Diminishing at a vast rate, the lack of fossil fuels are encouraging engineers to work hard to perfect alternative power transmission. While fully electric systems still have many flaws, in recent year’s hybrid designs have surged in popularity: they are now found in trains, boats, agricultural equipment and even the latest generation hyper-cars.

Warner Electric has designed a customised E220 electromagnetic clutch which transmits high torque, high speed and high power from a diesel engine to an electric transmission system when the batteries begin to lose power.

As part of the Altra Industrial Motion Group of power transmission brands, Warner Electric is able to offer its customers design and engineering services. Recently, a manufacturer of power transmission systems for locomotives approached Warner’s engineers with a request for a customised clutch to integrate with a new hybrid transmission; a challenge it was eager to accept. 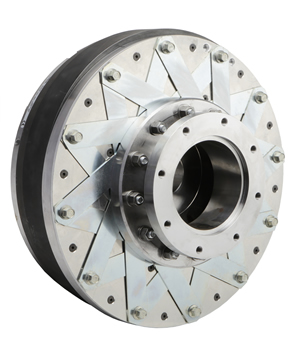 The nature of the application meant that the clutch had to perform to a very tight set of parameters. Firstly, it must be able to cope with high speeds (up to 3,000rpm) and high torque (up to 5,000Nm) for an operating life of over 50,000 hours without maintenance. Because the clutch itself would be enclosed in a housing as part of the transmission, access for maintenance would be nigh on impossible. The housing also meant that the clutch would be exposed to extreme operating temperatures and was required to operate reliably in ambient temperatures ranging from -40 to 100°C.

No stranger to heavy duty, industrial applications, Warner’s engineers were able to use the standard E220 range of robust electromagnetic clutches as a starting point. The E220 range of power-activated, zero backlash clutches is designed for embedded applications and is particularly suited to hybrid transmissions where no residual torque can be transmitted when the clutch is disengaged.

However, the specific performance figures of the application meant it was necessary to create a custom design. Christophe Gendron, Design Engineer for Warner Electric, explained: “The power transmission was part of an ‘embedded environment’, or an application in which the system itself is moving eg. train, boat, truck etc. This inherently limits the space and weight available for the system. In this case, by the time the clutch was being designed, the diesel engine had been specified and the necessary positioning of the component was already decided. This meant we had to modify our clutch to fit the right footprint and transmit the right torque range for the engine.”

He continued: “The transmission system itself was quite innovative for the locomotive industry, meaning that we had the opportunity to start from the ground up in our design. This is the sort of challenge that any design engineer enjoys. We worked closely with the customer: meeting on-site at their plant, holding conference calls and exchanging CAD designs to make sure that we would deliver a solution that met each of their needs and would work as an asset to the overall transmission design.”

In this case, the clutch has been specifically adapted for connecting a diesel engine to an electric drive system when the battery power is low. A tolerance of 30% on the pilot voltage of the clutch has been included and a stabilising system has been implemented to avoid any unforeseen engagement. Sealed bearings and a specialised friction face composition have also been added for longevity without maintenance.

Gendron added: “While the application was something new, the approach we took to the design was standard practice for us, as we regularly offer customisation services for customers across many different industries. As well as matching the performance criteria for the applications, we also considered the environment that it would be used in and designed in features such as additional corrosion protection to make sure the clutch would stand up to all the foreseeable environmental challenges.”

The E220 range is available from Warner Electric in a number of different sizes as standard, though customisation is available to suit almost any application.