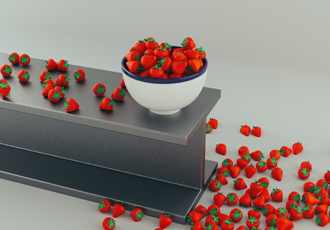 Not many events typify British summertime like Wimbledon. World-class tennis players, strawberries, cream and fans from all over the world make the venue their home for two weeks – but crucially, what about the weather? Thankfully, a spot of rain won’t be halting proceedings on No.1 Court this year, as Barnshaws Section Benders has supplied steel fabrications to support an all-new retractable stadium roof.

If this is sounding familiar, that’s because it is. Barnshaws recently offered their expertise to help realise the retractable roof over Centre Court, which has been enabling uninterrupted tennis for a number of years now. With the roof proving a hit with players and fans, the decision has been made to provide the same rain protection to No.1 Court, ensuring bad weather has even less of an impact on Championship proceedings.

Greg North, Commercial Director at Barnshaws, expanded: “After our approach to the Centre Court roof generated such positive feedback, there was no need to reinvent the wheel for No.1 Court . We provided the roof trusses formed from around 60 curved steel box-sections, which were bent on site at Barnshaws, then assembled and delivered to site ready for installation. A key concern was ensuring the correct roof strength for the span, as well as factoring in the additional weight that lights, locking arms, motors and cameras could potentially add to the roof structure. Again, it was a pleasure to work closely with Severfield PLC group to deliver another engineering project on tennis’ hallowed ground.”

Despite its inherent challenges, Barnshaws is no stranger to providing metal bending support for stadia projects. Barnshaw’s portfolio also includes Premier League grounds such as Old Trafford and the Etihad Stadium, as well as Olympic facilities for London’s 2012 games. Stadia by their very nature feature organic shapes, so Barnshaws metal bending expertise and its high CE Execution Class certification means it is perfectly placed to meet the demands of these landmark projects.