Getting a fresh take on subsea hydraulic control 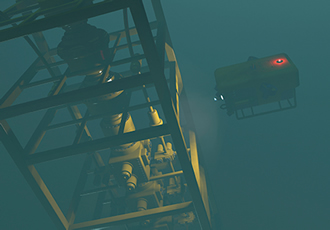 An approach for controlling subsea wellhead Blow-Out Preventers (BOPs) and production systems was established during the 1970s. This approach involved using hydraulic fluid power as a means for shifting valves, rams, and actuators that are located as far as two miles below a platform or vessel.

To accomplish this end, a hydraulic toolkit was established, consisting of purpose-built valves, regulators, pumps and accumulators. For the most part, the hydraulic components utilised today look nearly identical to those developed in the 1970s.

Regulatory agency requirements have increased significantly over the last decade, driving up the cost of drilling and production. As operators analyse their expenditures, the reliability of the subsea hydraulic controls has been identified as a major cost-driver. In the best case scenario, the failure of a control valve on a subsea BOP will cost the operators hundreds-of-thousands of dollars as they pull the stack and fix the issue. In the worst of scenarios, a control valve failure could be catastrophic and cause the BOP to fail during a blow-out event.

Starting in 2011, Oilgear trained its eye on increasing the reliability of subsea hydraulic controls. At that time, Oilgear, a century-old hydraulic company, had no experience in subsea equipment, but had a tremendous amount of offshore experience by way of its Olmsted valve product line – Olmsted valves are installed on riser tensioning systems and drill string compensators and provide the primary means of hydraulic control for these systems. With its product development capability, Oilgear’s Olmsted group set out to radically improve the products that are utilised in subsea hydraulic control.

Oilgear’s variable-displacement piston pumps are a cost-effective means of pumping environmentally-friendly fluid at high pressure. Though only recently introduced to the subsea world, this proven pump line was designed for high-water content fluids, such as Erifon, Houghto-Safe, Stack Magic, Oceanic and Pelagic. The Oilgear variable pumps are made of carbon steel, allowing them to replace much more expensive alternatives, like all-stainless steel pumps with lubrication systems, or triplex pumps paired with variable drives. Oilgear pumps are now running on many subsea Hydraulic Power Units (HPUs) and topside offshore HPUs.

The Oilgear hydraulic pressure regulator takes a clean-slate approach to solving the problem of pressure regulation. The pressure regulator is generally considered the most problematic control component subsea, so Oilgear focused on solving the complaints of the operators. Utilising Computational Fluid Dynamics (CFD), multi-physics simulation and extensive testing, Oilgear has created a regulator that will not oscillate, provides excellent accuracy and has a broad range of adjustability. It’s available as manually-settable, pilot-operated or electrically commandable.

Similar to the pressure regulator, the Oilgear subsea two-position three-way valve (also known as an SPM valve) looks nothing like the competition’s valve. During the development process, Oilgear fixated on robustness and the reduction of pressure spikes. While competitors typically rate their valves to three thousand cycles, Oilgear’s design is rated to thirty thousand cycles. Additionally, the Oilgear design is fully manifold-mountable, consumes 30% less space and will not get stuck mid-shift.

At its core, Oilgear is a product development company. When needs are identified in the subsea industry, Oilgear is eager to invent new products. Over the last few years, Oilgear has created custom products ranging from valve manifolds and intensifier pumps, to chemical injection pumps. Oilgear maintains its status in the market by staying ahead of the curve, investing in top talent, as well as cutting-edge analysis and testing capabilities.

The future of subsea innovation must be centered on reliability and cost-savings. This is where Oilgear has, and will continue, to direct its efforts in subsea research and development.