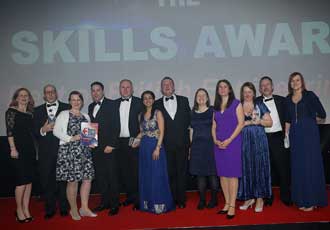 A talented young engineer has been named as the Best of British Engineering at the prestigious Semta Skills Awards 2018 in London. Judith Mair, 21, who works for Rolls-Royce in Derby received a standing ovation from more than 500 luminaries from the world of engineering – who hailed her meteoric rise to success.

She said: “I am humbled and honoured to be named Best of British Engineering. I don’t feel I deserve it because there are so many others out there who work hard for their companies. I am in shock.”

Judith left school in the North East Scottish village of Portknockie, Buckie between Aberdeen and Inverness, uncertain of her future and possible career choices. Within three years, she has rapidly developed the necessary skills to successfully act as Non-Destructive Testing (NDT) Site Controller, demonstrating advanced competencies with an exceptional enthusiasm and commitment to learn and improve.

As a passionate ambassador of apprenticeships and engineering, Judith has volunteered at numerous Rolls-Royce Apprenticeship open evenings and Skills Festivals, hosted work-experience students, explained apprenticeships to scholarship students at the British Institute of NDT headquarters and represented the company at Parliament.

Throughout her apprenticeship she has consistently excelled on placements and is predicted to achieve a First-class degree. “When I left school I didn’t know how broad and vast engineering was,” said Judith. “Wherever you are from I would really encourage you to go for it, there is always a new challenge around the corner in engineering.

“I would also like to thank everyone in Rolls-Royce, my family and friends for their amazing support as without it I wouldn’t have made it to here.”

Semta, the not for profit industry led organisation, leading the battle to skill Britain with enough engineers to help industry thrive, gathered a senior panel of industry experts in the sector to judge the award nominations.

Ann Watson CEO of Semta, led the tributes and said: “Judith is a credit to the industry – a driven young engineer, making an extraordinary impact at the peak of her profession.

“She is an icon for other young people and hopes that national coverage of how she left a Scottish village for a renowned Rolls-Royce apprenticeship will inspire individuals from underrepresented and diverse backgrounds to consider careers in this exciting sector, exactly the sort of role model we need, if we are to continue to thrive as a nation in Engineering.

“We heard some wonderful stories tonight - all our nominees and winners show that the future of engineering is in great hands – and we will redouble our efforts to spread the word about the rewarding careers that the sector has to offer.

“Engineering and Advanced Manufacturing will play an increasingly important role in the financial future of our country as we head towards Brexit.

“The success of our sector is paramount and in this Year of Engineering we’re delighted to take this opportunity to salute these incredible nominees and winners – and thank them for their drive, determination and achievements. They are fantastic role models for the next generation of young engineers – and as such should be lauded for their efforts.”

Nusrat Ghani, Minister for the government’s Year of Engineering Campaign, said: “We need to inspire thousands of young people to be the engineers of tomorrow. That’s why we are working with partners like Semta to share inspirational stories about young engineers and give students the skills needed to gain brilliant careers.

“Following on from the success of the Skills Awards I am delighted our Year of Engineering Government Envoy Stephen Metcalfe is launching Semta’s new STEM Exchange website that will help young people gain invaluable first-hand experience of working in engineering and empower them to take the next steps in this challenging career.”

The ceremony, at the Park Plaza Westminster hotel hosted by BBC TV presenter and engineer in her own right, Steph McGovern, attracted some of the most prominent industrialists and skills organisations in the country representing companies such as Rolls-Royce, Siemens, BAE Systems, MBDA, Jaguar Land Rover, The Education & Training Foundation, EAL and Confederation of Shipbuilding and Engineering Unions. 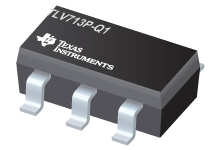