The future of engineering needs women to play a key role 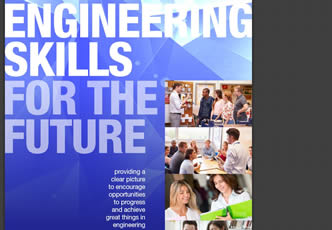 Setting out the path to overcoming the sector’s looming skills crisis by encouraging more women to start their career in engineering, a new report has been launched in Parliament. The Engineering Skills for the Future report, from Semta, shows that female engineers are more attracted to an ‘interesting career’ than to the salary they will receive.

The report also shows that female engineers are more likely than their male colleagues to encourage people to enter the sector because it offers the prospect of interesting work – and are less likely to focus on career prospects and the potential to earn while learning through an apprenticeship or sponsored degree.

Amongst the report’s recommendations is a plea to education and industry ‘not to discount any of the people around us’ as potential engineers – as a career in the sector simply may not have previously been sold to them effectively.

Semta CEO Ann Watson said: “When we conducted this research, we were never expecting to write a report about gender diversity – and there is lots of other interesting material in the Engineering Skills for the Future report too.

“However, without narrowing the engineering gender gap, there’s simply no way we will ever be able to recruit the engineer’s employers need. If our sector’s skills needs aren’t met, the economy as a whole will suffer and we’ll all be worse off.

“Despite a huge effort by employers to address the gender issue, just 3% of engineering apprenticeships are started by women. We need to ask whether we’re using the right messages to encourage women to enter the sector.

“This is all the more important in the context of Brexit – if we are going to find it more difficult to bring people in from overseas then we need to do much better at making the very most of the potential engineering workforce at home.”

“This report will give politicians, employers, engineers and non-engineers alike a vital steer on what they can do to help. Not fixing this problem is simply not an option.”

Engineering Skills for the Future is published in the wake of a hugely impressive female performance at the annual Skills Show, where six of the seven female entrants into engineering competition finals (86%) walked away with medals.

Recent research from WorldSkills UK shows that 93% of parents would be happy to support their child going in to a career not usually associated with their gender.

Leading engineer and Semta Chairman Allan Cook CBE added:  “We simply have to do more on diversity and inclusion in our sector, because if we don’t we’re ignoring the potential contribution of half of our population. The Skills Show proves that where women become engineers, they usually go on to do brilliant things.

“It’s so important that we can show everyone, but especially women, that a career in engineering can offer you so much more than just a monthly pay cheque and a pension – it gives you the chance to solve some of the world’s greatest challenges and to really make your mark on society.”