The new faces of engineering

Home > Around the Industry > The new faces of engineering
8th November 2017
Source: The Institution of Engineering and Technology
Posted By : Anna Flockett 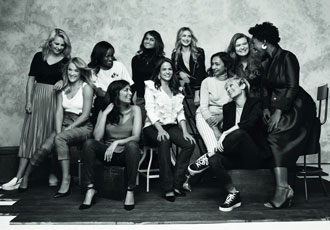 You wouldn’t automatically put top fashion photography and engineering hand in hand, however leading female engineers have come together to pose in a stunning photoshoot by Rankin to challenge gender stereotypes in the industry. Rankin Studios, renowned for shooting everyone from The Queen, to Kate Moss, and Madonna, has released a series of portraits featuring both established and upcoming UK female engineers in a bid to break down these stereotypes.

The series was shot by award-winning photographer and Rankin protégé Vicky Lawton and was commissioned by the Institution of Engineering and Technology (IET) ahead of their Young Woman Engineer (YWE) of the Year Awards in December.

Named ‘Portrait of an Engineer’, the collection of images aim to dispel the traditional perceptions of engineers in hard hats and high vis jackets and instead highlight the diverse career opportunities available in the industry – showcasing engineering in a different light.

Shot at the prestigious Rankin Studios in London, the series of images feature this year’s award finalists as well as previous affiliates for the annual awards ceremony.

Jo Foster, IET Diversity and Inclusion Manager, said: “There is a significant shortage of engineers in the UK which is posing a serious threat to the economy. One of the biggest challenges is encouraging women to take up careers, currently only 9%* of engineers are female, the lowest in Europe.

“One of the difficulties in attracting women is often down to the image of engineers within the UK, which are perceived as masculine, unglamorous and usually depicts people wearing hard hats and overalls. The reality is very different. Engineering is an exciting and highly paid career. It’s diverse, creative and offers the opportunity to do something life – or even – world changing.”

Engineering contributed £486bn to the UK GDP in 2015 and engineering jobs account for 19% of the total UK employment. Despite this, EngineeringUK predicts 186,000 people with engineering skills will be needed annually through to 2024 in order to meet demand.

Rankin added: “I hope ‘Portrait of an Engineer’ inspires other young women to see engineering in a new light and consider it as a future career. These women are great role models, they are strong, smart, and can help change the world with their skills.”

Engineers featured include Roma Agrawal and Yewande Akinola. Roma is a chartered structural engineer who has worked with signature architects during her eleven-year career designing footbridges, towers and sculptures; including six years as a senior structural engineer on The Shard, the tallest tower in Western Europe.

Yewande Akinola’s engineering experience and responsibilities include the design of sustainable water supply systems and the engineering design coordination of large projects in the built environment. She has worked on projects in the UK, Africa, the Middle East and in East Asia.

Vicky Lawton, photographer and Rankin protégé, said: “It was important to me to capture each of the women’s individual personalities in the portraits and show that their work is as varied as their characters.  I played on the stereotypes of engineering by using a classic backdrop whilst juxtaposing with chic, modern styling choices. I loved meeting this cool, eclectic group of seriously powerful individuals and translating that determination and inner confidence into the imagery”.

The winner of the IET Young Women Engineer (YWE) of the Year Awards will be announced on 7thDecember at Savoy Place in London. 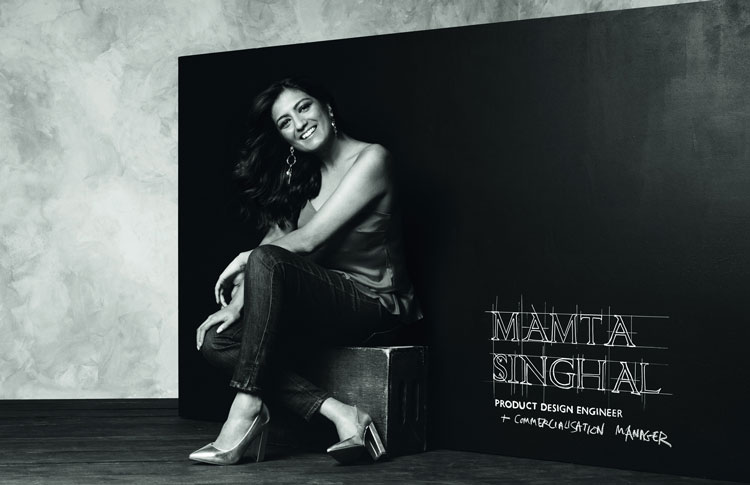