The IET celebrates its 150th anniversary

Home > Around the Industry > The IET celebrates its 150th anniversary
17th May 2021
Source: The Institution of Engineering and Technology
Posted By : Lanna Deamer 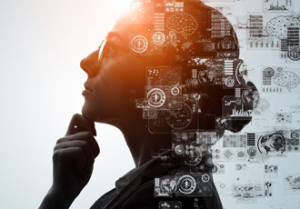 Today (17th May 2021), the Institution of Engineering and Technology (IET) celebrates its 150th anniversary and the rich history it holds dating back to 1871. To date, the IET has built a global community of 158,000 members, across 153 countries, spanning all disciplines of engineering and technology.

As one of the world’s oldest professional engineering institutions, the IET drives the sector across the globe to deliver solutions to advance all areas of society. Its heritage however is firmly rooted in electrical engineering and the foundation of the Society of Telegraph Engineers, which held its first meeting in London back in May 1871.

Today, the IET is uniquely placed to inspire, inform and influence the global engineering community and its impact to society. Through its extensive professional networks, the IET provides independent and impartial advice to help shape future policy, grow industry standards and professionalism, as well as promote the importance of Science, Technology, Engineering and Maths (STEM) to younger audiences, helping to develop the next pipeline of talent and show the diverse and creative nature of jobs in the field.

Professor Danielle George MBE, the IET’s 139th President, said: “Although the world has changed since our foundation in the 1800s, one thing that still connects us with our history is that engineers continue to solve many of the challenges facing communities across the globe - making an ongoing difference to the world around us.

“Engineers throughout the ages have shaped the way we live today, from innovators and forward-thinkers to influencers you wouldn’t typically think of. Our profession is dedicated to the advancement of knowledge, and we’re proud to play a pivotal role in uniting forces from across the industry to engineer a better world, together.”

During its 150th anniversary year, the IET is sharing the magic of STEM with the wider society and highlighting how truly crucial it is to the world around us. It is also using this year to engage and inspire young people so that engineering and technology are seen as a force for good and key to solving many of the biggest challenges facing our world.