Let’s get more women into engineering 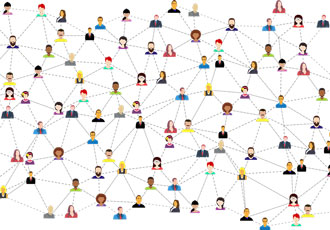 Attracting more women into construction and engineering must become a higher priority for government and employers, urges Develop Training Ltd (DTL). The training company says redressing the gender imbalance is not just desirable from an ideological viewpoint but also a means of helping to tackle the chronic skills shortage afflicting the industry. Two thirds of employers say a shortage of engineers is a threat to their business.

DTL, whose customers include household names in the utilities and energy sectors, highlighted the issue last month to coincide with International Women’s Day on 8th March.

This year, International Women’s Day kicks off a year-long campaign with the theme #BalanceForBetter. Organisers said: “Balance is not a women's issue, it's a business issue. The race is on for the gender-balanced boardroom, a gender-balanced government, a gender-balance of employees... Gender balance is essential for economies and communities to thrive.”

John Kerr, DTL’s Director of Education & Training, said: “The industries we serve are among the most male-dominated in the country. Only nine percent of the UK’s engineering workforce is female, and we have the lowest percentage of female engineering professionals in Europe.”

He said the challenges included improving the way construction and engineering were portrayed in schools, encouraging girls and young women to study engineering-related subjects and changing perceptions of working in the industry.

“In many ways, the obstacles to bringing more women into the sector are the same as we face in attracting young people,” said Kerr. “The industry offers well-paid, secure and skilled work with great career prospects, but it still encounters prejudiced ideas of dirty manual labour. There are a number of excellent initiatives to attract women into engineering and construction, and some great role models, and we hope that broader changes in society will also play a part in breaking down barriers. We support International Women’s Day and the Balance For Better campaign in their efforts to make a difference.”

One female role model is DTL’s own Nicola Smith, who swapped life as a stockbroker to become an engineer.

Smith has been a Lecturer in Smart Meter installation with DTL since February 2017, passing on the skills and knowledge she developed during her time as a hands-on installer to others. Having started work as a cashier for a building society, she quickly progressed in the financial services sector, eventually becoming a stockbroker based in London’s Canary Wharf, but she had a nagging feeling that she wanted to do something else.

At age 19, she applied for a mechanics course, but the man she spoke to about it put her off. Years later, when an apprenticeship at British Gas came up, she grabbed the opportunity.

“At that time British Gas were one of the few companies offering to pay people while they learned,” Smith recalled. “Fortunately, many more companies offer apprenticeships today.”

Smith said she was completely accepted by her team-mates, but she had to challenge public perceptions that engineers were men. “Customers would say to me ‘but when will the engineer be here?’ and I’d have to explain that I was the engineer,” she said.

Smith hopes that at DTL, she can play a part in encouraging women into engineering: “I’m a massive advocate of encouraging more women into the industry. I really want to encourage women to see it as a career choice. There’s genuinely nothing a man can do that we can’t. With practice, you become just as capable as your male colleagues. I really can’t shout loudly enough about it.”