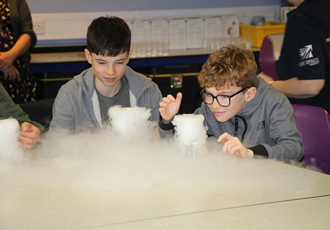 Twelve young people recently enjoyed a day at Leicester’s National Space Centre, celebrating their achievements as part of educational outreach project Inspiration Rover. The project, which was led by mature student Henry Bennett from the University of Derby with support from fellow undergraduates, academics and alumni, saw the young people involved help develop a scale model of the Mars Science Laboratory Rover using a design from NASA Jet Propulsion Labs.

It was designed to help the participants build their confidence and engage them with practical engineering work. All the young people involved are currently supported by Derbyshire County Council’s Childrens Services and many of them have had challenges in, or even had to leave, mainstream education, making this engagement even more valuable.

The project was funded by the Institute of Engineering and Technology, and supported by the National Space Academy, IET TV, UK Space Agency, Catena Space Engineering and Derbyshire County Council.

Derbyshire County Council Children’s Services invited young people to apply to take part and selected 12 participants aged 11-14. They were each partnered with an engineering student, working one-on-one together across six weeks. Working intensively alongside engineers and University students, they learnt transferable engineering and employability skills, as well as building their confidence and working as a team.

Phase one of the project was carried out over six weeks and involved the young people in all areas. In weeks one and two, they came to the University’s Institution of Engineering and Technology to understand how to use computer-aided design software, along with the software required to 3D print components for the Mars Rover.

Weeks three and four involved an introduction to the basics and principles of electronics, which included the young people creating their own circuit boards. In the two final weeks of phase one, they worked with the University team to assemble the parts into the scale model.

To mark the participant’s hard work, a celebration day was hosted at the National Space Centre with support from the National Space Academy to thank and reward them for taking part. The young people (and engineers) had the day to explore the site and see the wonders of space. 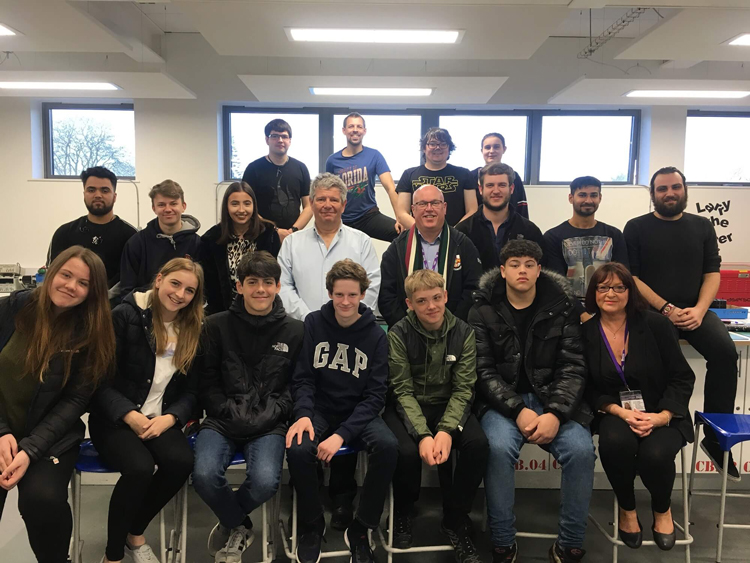 The young people met Dr Suzie Imber, Co-Investigator on the Mercury Imaging X-ray Spectrometer instrument on board the BepiColombo spacecraft currently heading to Mercury, and winner of the BBC programme ‘Astronauts: Do You Have What It Takes’. After her presentation, the young people saw the completed Mars Rover replica for the first time.

“The project aimed to depict the whole journey into engineering, and to show that although a challenging subject, it can also be fun – which worked! After phase one, around half of the children wanted to be engineers,” said Henry Bennett, student lead of the project.

“It has been possible to do this project with support from the IET, which gave us the funding, the University of Derby, which gave us facilities and space in which to work, Derbyshire County Council for identifying and engaging the teaching staff and young people and the National Space Centre, which kindly hosted the celebration day.”

Yvonne Wright, Space Ambassador from Derbyshire County Council, said: “The next phase of the project will involve the young people attending Robot Day on 6 July and then delivering STEM activities to their local primary schools using the Inspiration Mars Rover to inspire a younger audience.

“They will use this opportunity to complete their Derbyshire Voluntary Passport and on completion, participants will receive a Level 1 NCFE Investors in Quality certificate, and an identification badge.”

Dr Kierann Shah, General Manager of the National Space Academy added: “I was really impressed by this project. It can be a real challenge for young people to see a pathway for themselves if they don’t fit the traditional route through school, so helping them to build their confidence and develop their skills is key. Engineering is a great context in which to do this.

“We were really pleased to be able to host the celebration event at the National Space Centre and to invite the young people to participate in one of our space science masterclasses, which they seemed to enjoy very much!”

More from University of Derby