Home > Around the Industry > IET voice thoughts on Heathrow expansion
24th October 2016
Source: The Institution of Engineering and Technology
Posted By : Anna Flockett 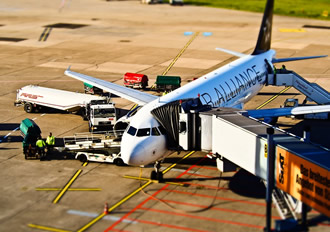 The Institution of Engineering and Technology (IET) has highlighted three important engineering and technology issues, in terms of technology innovation and wider transport infrastructure, that it hopes the Government is considering as part of a wider airport expansion strategy as the final decision about how to increase the airport capacity in the South East is expected.

Any airport expansion cannot be considered in isolation, but as part of the transport system as a whole. For example, in the case of Heathrow, there have been significant challenges to creating an appropriate rail link to the west of Heathrow airport so currently all freight to and from Heathrow is by road. Should the Heathrow expansion go ahead, has the Government considered how to develop a rail-freight link so that the rest of the country can also benefit from this new infrastructure project?

Technology already plays a major part in improving efficiency and reducing emissions in air travel, however, there is still scope to improve on existing airfield movement capacity through adopting more innovations.

For example, new technology developed by Lockheed Martin and NATS uses a technique known as 'time-based separation' (TBS), which enables aircrafts to land safely closer together, with the potential to cut delays caused by headwinds by 60%. This technology has the potential to reduce separation between aircraft, altering today’s assumptions about airspace and runway loading, which could have huge implications on the number of airline operations able to operate from an airport or runway.

Once regulatory hurdles for the use of autonomous air vehicles are cleared, UAS developments could give logistics companies the opportunity to move freight away from central hubs to dispersed regional airfields and change how we transport goods by air.

There needs to be a review of the airspace structures and changes to flight paths that introducing UAVs for freight may have.

Summarising the considerations, Lambert Dopping-Hepental from the Institution of Engineering and Technology’s Transport Policy Panel, said: “The decision around additional airport capacity for London and the South East needs to take into account how new technologies will change the way we travel and transfer goods by air in the future, and not just look at the here and now.”

Dopping-Hepental continued: “It’s quite possible that more investment in new technology, as well as additional runway space, would provide a more sustainable solution for air travel in the UK’s busiest region. Important too is that the Government not only considers the potential for an individual airport expansion, but also how the surrounding road and rail infrastructure might support it effectively – and how a new runway can benefit the whole of the transport system and the economy of the country.”