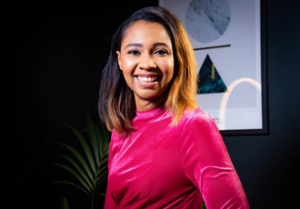 Sixteen engineers and technologists have been awarded for their outstanding contribution to the engineering and technology industry, with an Honorary Fellowship from the Institution of Engineering and Technology (IET). Pioneering woman engineers and technologists: Kimberly Bryant (Founder of Black Girls CODE), Dr Anne-Marie Imafidon (Co-founder and CEO of Stemettes) and June Angelides (Founder of Mums in Technology), lead the line-up alongside Dr Eben Upton (Chief Executive of Raspberry Pi).

On awarding the Honorary Fellowships, Professor Danielle George MBE, IET President, said: “I am delighted that we are able to mark the outstanding achievements of these talented individuals in our 150th year, with one of the IET’s highest honours, Honorary Fellowship. As distinguished engineers and technologists, they have each excelled in their professions and have made a vast contribution as pioneers of important areas in the engineering and technology industries. They should all be very proud of their achievements - with each award being extremely well-deserved.”

The awards will be officially given during Danielle George’s inaugural President’s Address ‘150 years of difference makers’, which takes place online on 8th October at 1pm BST / 2pm CET / 8pm CST / 8am EDT / 5am PDT. Find out more here.