Manufacturing and the influence of smart factories 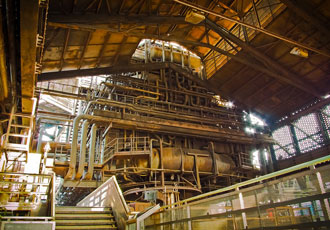 Many tech and industry experts claim that optimising the manufacturing process to create an integrated and collaborative process will bring about the world’s next industrial revolution. As technology continues to develop around the world, producers and manufacturers are beginning to implement the smart factory concept. But what are smart factories and how do they affect how we work? Let's look at which technologies are within Smart Factories and what to look out for that will push the barriers of smart manufacturing even further.

Efficiency is key in manufacturing and Smart factories allow machinery to work more efficiently through automation and intense optimisation to get the job done. The benefits that businesses will achieve from operating a smart factory is an entirely connected supply chain which enables real-time control, measurement and communication at all stages — which is said to create a more manageable process that should boost productivity and profits.

The National Institute of Standards and Technology have stated that a smart factory is: “fully-integrated, collaborative manufacturing systems that respond in real time to meet changing demands and conditions in the factory, in the supply network, and in customer needs.”

It is said that the rise of smart factories will lead to widespread productivity by 2022, allowing offerings between $500bn and $1.5tn to be made around the world. With such attractive statistics, it’s no surprise that over three-quarters of manufacturers either already have a smart factory initiative or are planning one. But what technologies are involved in running an effective smart factory?

What technology goes into smart factories?

Merging operating technology and Information technology
When operating technology (OT) is combined with information technology (IT), companies gain a greater understanding of their manufacturing process’ performance — identifying any causes for concern and positives.  By using OT and IT in this way, business owners have the potential to reduce production time, reduce downtime, incorporate more efficient practices, and respond to machinery-related problems faster — another way smart manufacturing can help boost productivity and efficiency day by day.

Sensor technology
Collecting reputable data by using intelligent motors and robotics is essential to run a successful Smart factory. For example, this could include a sensor that signals when a particular part of a machine needs looking at from a safety perspective.

Robots
Robots in Smart factories aren’t something new, they’ve been around for years but did you know, that Amazon already have 80,000 robots in their workforce? Robots have the ability to carry out human tasks at a faster rate and with greater efficiency, which is why they are becoming incredibly popular in manufacturing across the globe. They are often designed to abide by high accuracy levels, which makes them more likely to create better-quality products, and can work in certain manufacturing environments that may be deemed too dangerous for humans — ideal for high-risk working environments.

Artificial intelligence has made its way into our homes, but where is it used in Smart Factories? AI gathers objective data, eliminating the need for human estimations and error which helps workers forecast demands and assign resources with precision. This has the potential to lead to a reduction in costs. Reportedly, smart manufacturing is anticipated to cause an average cost decrease of 3.6% —equalling approximately $421bn — worldwide, according to PWC.

What lies ahead for the Smart Factory?
Soon, almost all businesses will be using new technology to create everything they can, from spare machine parts to save money, to various moulds to mass produce heavy equipment quickly.

Robots are expected to gain more control in the manufacturing process. In addition, augmented reality (AR) is expected to become more prevalent in manufacturing as a tool to ensure the best quality and help support those working on complex assembly lines. Mitsubishi is currently working on maintenance-support technology using AR that lets the human user confirm an inspection of a product or plant and enter an inspection result by voice.

The introduction of Cobot will become a focus for almost all Smart Factories! The collaborative robot has been created to provide support rather than carry out individual tasks (unlike robots). Essentially, they are designed to interact with people and work alongside the human to complete their task — for example, holding something in place or passing a tool. In fact, the cobot is such a popular component of the smart factory, the president of Universal Robots expects that the cobot market will increase up to 75% within a year to reach a worth of $2 billion!

Article and research courtesy of Fulton Umbrellas, a UK provider and manufacturer of Golf Umbrellas.