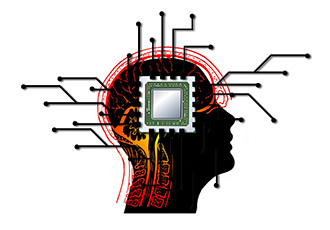 With Industry 4.0 and artificial intelligence continually redefining the limits of what is possible for engineers and scientists, 2020 will be a pivotal year. Here are the key trends we can expect to see over the next 12 months.

With improved access to existing deep learning models and research AI project work will become more widely accessible to scientists and engineers. Traditionally, AI models have been majority image-based but next year they will incorporate a wider range of data, from sensor to time-series to text and radar data.

Scientists and engineers will be particularly successful with AI projects given their inherent domain knowledge but use of tools such as automatic labelling to rapidly curate large and high-quality datasets will be key to success. The higher the quality of the data and the more of it there is, the higher likelihood of accuracy in an AI model and the better the chance of success.

More design-complex, AI-driven systems are on the rise, demanding more rigorous testing processes due to the substantial impact of the AI model behaviour on overall system performance. Therefore in 2020 we will see more adoption of model-based design tools that provide simulation, integration and continuous testing.

Simulation allows designers to test how artificial intelligence interacts with a system, integration enables them to trial designs in complete system context, and continuous testing makes it possible to easily spot weaknesses in AI training datasets and other components’ design flaws.

Cobots parameterised and tuned by AI – collaborative robots that work alongside humans – will be key to the realisation of truly flexible production lines next year. Over the last five years there has been much talk of a new vision for automation on the factory floor – ‘sample size one’ where production lines produce single items and thus avoid inefficiencies and long changeover times.

For this vision of full individualisation in production to become reality as part of Industry 4.0, production lines must be flexible, featuring multiple mechatronic modules that can be rearranged on the fly and with more cobots available that can be tuned by AI according the next individualised good for manufacture.

Use of cloud systems in addition to greater calculation power of industrial controllers and edge computing devices are paving the way for new functionality of software on production systems. Predictive maintenance will improve as data is sourced from not just an individual machine but across multiple sites and different vendor equipment. Furthermore AI-based algorithms will enhance efficiency in factories as they can dynamically optimise entire production line throughput while keeping energy costs to a minimum.

Reinforcement learning, whereby a computer learns to perform a task through repeated trial-and-error interactions with a dynamic environment, will go from beating human players in board games like Go and chess to becoming a serious support to engineers. It will be used to implement controllers and decision-making algorithms for complex systems such as robots and autonomous systems.

Other enablers for RL include easier integration of reinforcement learning agents into system simulation tools and code generation for embedded hardware. For example, adding an RL agent in an autonomous driving system can improve and optimise driver performance, increasing speed, reducing fuel consumption and response time to name a few.

As technology advances, scientists and engineers will enjoy myriad benefits, but use of tools and willingness to learn and adapt to working with larger datasets, build new models and test AI-driven systems will be imperative to making the most of all that Industry 4.0 has to offer.