Will competing Fieldbus ever evolve into open-source architecture? 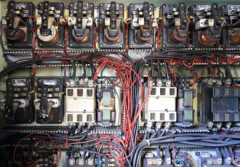 As it evolved into the multifaceted enterprise it is today, Uber realised that to help its designers stay in sync, it had to provide common, open-source design libraries for all its services. The approach proved successful. So, what can automation professionals learn from it? Here Neil Ballinger, Head of EMEA at EU Automation, considers the case of Fieldbus and whether or not it will ever develop into an open-source architecture.

In 2018, Uber released its Base Web open-source project, a comprehensive library of elements such as buttons, lists and controls, unified by the same typography, colours and iconography. Historically, icon libraries and styles had differed across Uber’s variety of services, until the company realised that a common set of transportation and lifestyle icons would work in all of its sectors. The new open-source library unified Uber’s corporate image and allowed designers to work faster and more efficiently.

Will Fieldbus ever move in the same direction? In 1999, the IEC 61158 European Standard set the parameters for industrial communication networks, accommodating all competing fieldbus systems and delineated eight protocol sets, known as types. More than 20 years later, and competing systems still exist.

The permanence of several competing Fieldbus technologies meant that the original plan to achieve a unified communications mechanism was never actualised. Like Uber’s products, the applications of Fieldbus are so diverse that a common system seemed unfeasible. But has this lack of unity been detrimental to Fieldbus?

To answer this question, we need to go back to the basics. Fieldbus is a group of industrial computer network protocols used for real time distributed control. It is a way of connecting industrial equipment, forming network topologies such as star, ring, daisy-chain, tree and others.

Prior to Fieldbus, machines were connected using RS-232 serial connections, which allow only two devices to communicate. With the increase of digitalisation in factories, Fieldbus gradually replaced point-to-point connection between a machine and its controller.

In Fieldbus, multiple machines are connected to a connection point, which is in turn connected to a Programmable Logic Controller (PLC). This system, compared to RS-232 connections, reduces wiring complexity and costs.

Fieldbus is not a connection type per se, but a description used to indicate a group of protocols, such as ControlNet in the Allen Bradley family, Modbus, ProfiBus, EtherCAT, HART and many more.

To allow communication, the factory’s PLC needs a communication protocol that is compatible with the field devices. Manufacturers don’t necessarily need a protocol from the same brand of their PLC - for example, ProfiBus can connect with all PLCs from the Allen Bradley family. However, some protocols do not play well with others.

This complicates things for manufacturers, who have to research the best protocols to make sure that all their equipment can communicate.

Unlike Uber design libraries, it seems unlikely that competing Fieldbus will ever evolve into an open source architecture. But in the meanwhile, Industrial Ethernet is outperforming Fieldbus, because it offers higher speed, increased connection distance and the possibility to connect more nodes.

However, the issue of complexity remains. The original aim of Industrial Ethernet was unification of the communication infrastructure, but at the moment, the number of Ethernet solutions on the market is even higher than the number of Fieldbuses.

This complexity makes the comparison of different systems difficult for final users, but it also means that manufacturers have many options available.