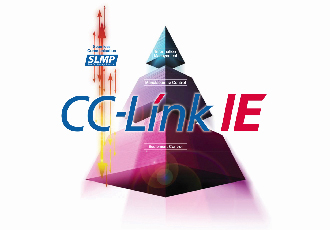 Offering a way of providing high speed Ethernet to the factory floor, CC-Link IE also brings Gigabit Ethernet to the field device level and allows seamless movement of data through one or more network levels. Industry 4.0, has spawned an industrial variant of the IoT, the Industrial IoT (IIoT), which offers real-time performance: many production systems have to deal with mission-critical data that require tight coordination of sensing and actuation to safely and efficiently perform closed loop control.

There are many different ways of using Ethernet to provide determinism – in which the result of a particular action occurs within an acceptably finite time needed by the system. But proprietary Ethernet derivatives commonly used for industrial control are often limited to 100Mb, so large data sets from advanced sensing applications such as machine vision, 3D scanning, and power analysis put a strain on network bandwidth.

In addition, setting up an Ethernet network can be complex. The required skills base can extend downtime, maintenance and affect the ability to make network configuration changes. Experienced control engineers are increasingly rare on the shop floor, and so the trend is to bring in automation experts when required. As a result, some users have been reluctant to move from traditional fieldbus to an Ethernet-based equivalent.

The fieldbus version, CC-Link, was originally developed by Mitsubishi Electric in 1997 and was later released as an open network so that manufacturers could incorporate compatibility into their products. The CLPA (CC-Link Partner Association) was formed to develop and promote the network technology and support manufacturer members. More than 1,600 CC-Link IE and CC-Link-compatible products are now available, including PLCs, robots, servos, drives, valve manifolds, digital & analogue I/O modules, temperature controllers and mass flow controllers.

CC-Link was followed in 2007 by CC-Link IE (Industrial Ethernet). It is currently the only open industrial Ethernet protocol that operates at gigabit speeds. Hence this makes it a natural match for emerging Industry 4.0 applications with their high bandwidth requirements. CC-Link IE is available in two versions; CC-Link IE Control, intended as a data communications ‘backbone’ for whole factories, and CC-Link IE Field, intended to link controllers to field devices. Both operate at one gigabit per second.

“It is difficult to envisage Industry 4.0 without a communications technology such as CC-Link IE,” said CLPA Europe General Manager, John Browett. “Connectivity through the whole value chain is an admirable goal, but it does assume that vast quantities of data can be handled efficiently and accurately and that devices from many different manufacturers are able to communicate freely over a common network.”

To achieve stable communication independent of network traffic, CC-Link IE uses its gigabit bandwidth to ensure that synchronous (or ‘cyclic’) process data (I/O updates and so on) are not affected by changes in unscheduled network traffic (such as a sudden burst of alarms or other asynchronous (or ‘transient’) data). Hence full performance for both channels can be maintained with no loss of performance. Conventional Ethernet cables, adapters and hubs can be used. 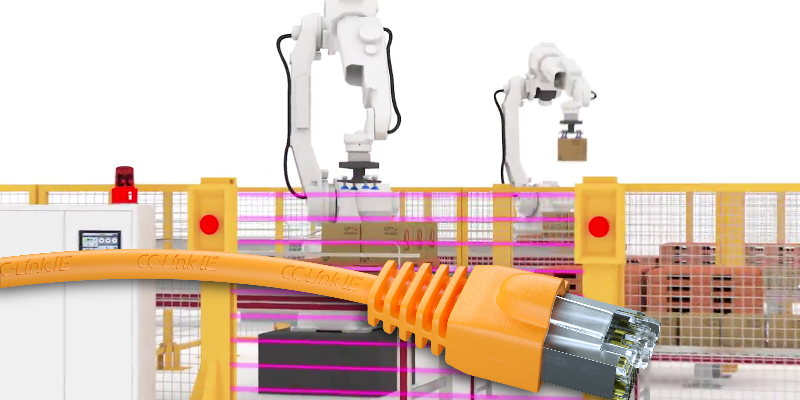 CC-Link IE Field
While data rates are critical to Industrial Ethernet technologies, to be comprehensive, controllers also need to be connected to field devices: CC-Link IE Field offers exactly this capability. It uses standard Cat 5e cables to allow field devices to connect to controllers using gigabit Ethernet and hence maintains performance all the way down to the most basic field devices such as I/O blocks. Rather than using complicated IP addressing, Object Oriented Programming, specialised physical layer configurations and other complications, the CC-Link IE Field node addressing uses simple station numbering (1-121). All the complex Ethernet addressing and communications are automatically completed in the background.

Moreover, CC-Link IE Field permits the network topology to be designed in the way which fits best to the application. It offers topologies such as star, line and ring, with the ability to combine these in some circumstances. Line and ring layouts also offer an additional benefit that devices can be connected directly as a “daisy chain”, thus avoiding the additional cost and complexity of network switches needed to make the connections.

Finally, for those applications where gigabit is some way off yet, the CLPA recently introduced CC-Link IE Field Basic. This extends CC-Link IE compatibility to 100Mbit devices purely by software implementation. Hence now any Ethernet enabled device can now offer compatibility with CC-Link IE.