Protocol allows both new and legacy PLCs to communicate 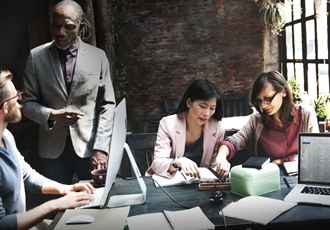 Emulsifying agents such as egg yolk, Irish moss and soaps are soluble in both fat and water, and enable these two substances to combine which ordinarily isn’t possible. Similarly, the combination of data from multiple platforms is now possible because of the OPC UA protocol - an in-demand feature - as the Internet of Things (IoT) gains traction. Here, Jonathan Wilkins, Marketing Director of industrial obsolete parts supplier, EU Automation, discusses how the open source protocol OPC UA is beneficial for automation.

The Open Platform Communications’ Unified Architecture (OPC UA) is a machine communication protocol for industrial automation. Produced by the OPC foundation, it is cross platform, open and secure, allowing both new and legacy programmable logic controllers (PLCs) to communicate.

OPC UA replaces the OPC Classic protocol, retaining all the functionality of its predecessor. Because OPC Classic was built upon the Distributed Component Object Model (DCOM), a Microsoft communication technology, OPC Classic was bound to Windows, which became increasingly limiting.

OPC UA is interoperable across the many different operating systems used within the plant and on the factory floor. This is in addition to Windows and industrial technologies such as PLCs, and includes Linux, iOS, and even mobile operating systems such as Android. Allowing as many devices as possible to communicate aids in the progress of IoT.

Cyber attacks
One concern brought about by IoT is cyber security. As proven by the Stuxnet worm, PLCs, and other pieces of factory equipment, are susceptible to attacks. Because manufacturing plants were previously tied to DCOM, protocols were struggling with the complexity of modern technologies, resulting in a higher chance of possible flaws. As OPC UA is built from the ground up with cyber security in mind, these risks are reduced.

Supply chain attacks are another large, financial threat, but some attacks can even cause physical damage. An attack on a German steel mill in 2014 caused a blast furnace to shut down incorrectly, causing huge physical damage. The perpetrators carried out the attack by hacking into the mill's office software network, before penetrating the production management software.

This allowed the attackers to take over the control system, destroying human-machine interaction components and, finally, security settings.

Collaboration
Since all ports are closed, and the protocol can operate normally through virtual private networks (VPNs), OPC UA works seamlessly across domains and workgroups. VPNs increase security by allowing a private network to exist within a larger network such as the internet.

As it allows for the collection of data from many sources, OPC UA can aid in data analysis, in addition to reducing costs for licencing, staff training, hardware upgrades and system migration.

Although previous protocols allowed for industry to progress up to the brink of Industry 4.0, OPC UA is the more appropriate protocol for the Industrial Internet of Things. It acts as the emulsifying agent and allows for plants to fully implement and gain the benefit of IoT and Industry 4.0.