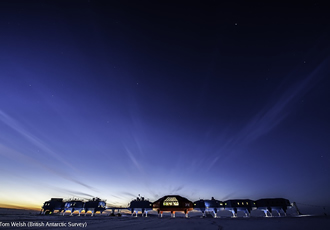 Even though Christmas has been and gone, the season of sending letters to the North Pole has certainly passed, however ECS Engineering Services has received a postcard from the other end of the Earth. The British Antarctic Survey (BAS) have extended warm thanks for its help with a massive project to relocate Halley VI Research Station 23km to a different part of the Brunt ice shelf, and for supplying high specification, bespoke steel fabrications over many years.

Halley VI must withstand annual snow fall of 1.2m, winds of up to 90m/h miles per hour and external temperatures of -56 ºC. ECS has provided steelwork to BAS over many years.

Rob Butts, Production Manager at ECS, commented: “To withstand the polar environment, we use impact tested S355K2 grade materials, galvanised to 140µs. In some cases we have also painted the steelwork."

The last four research stations at Halley Bay all became buried in snow and eventually were crushed under its weight. Consisting of eight serially-connected, ski-mounted modules, the Halley VI Research Station is designed to be fully re-locatable from its position on the Brunt Ice Shelf, which is itself moving westward by up to 400m per year.

In 2012 satellite monitoring revealed the first signs of movement in a chasm in the ice shelf that had lain dormant for at least 35 years and since then a new site, 23km away, has been selected, surveyed and prepared for the move.

Recent steelwork ECS has supplied to BAS includes 25 triangular trusses that assemble together to make up a tower, leg extensions for the pods and hinged staircases that can adapt to changing snow levels. In total ECS delivered nearly 25 tonnes of fabricated steelwork in 2016, via a long, arduous sea voyage.

Butts added: “It is always nice to get a thank you. With BAS we feel that we are helping extraordinary people do extraordinary things, so it is great to hear that our efforts are appreciated and that the relocation is going well.” 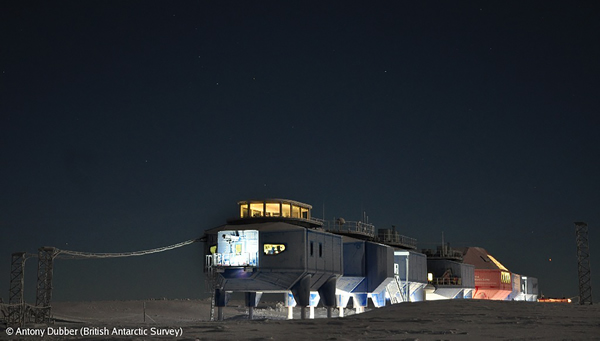